'He's the one who's infested': Internet dies of laughter after bug appears to get stuck in Trump's hair 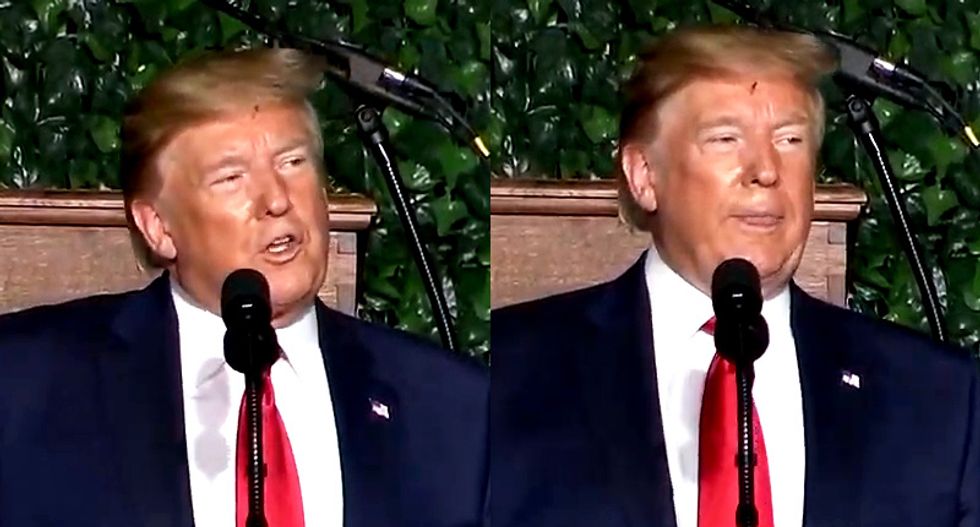 President Donald Trump on Tuesday delivered a speech in Jamestown, Virginia, to commemorate the 400th anniversary of democracy in America.

But many viewers pointed out that as Trump started his speech, he appeared to have something stuck in his hair -- which many people believed was a fly or another bug.

I’m pretty sure a bug is stuck in Trump’s hair as he’s speaking in Jamestown, VA to commemorate 400 years of Americ… https://t.co/EgiRstewcb
— Beverly Hallberg (@Beverly Hallberg) 1564501430.0

Twitter users expressed both horror and amusement at Trump's situation.

Trump speaking in Jamestown with a fly stuck in that no pest strip he calls hair. HAHAHAHHAHAHA!
— JAZZnBLUES (@JAZZnBLUES) 1564501357.0