‘I don’t trust people with adolescent girls’: Congresswoman fears what the Trump administration did to missing teens 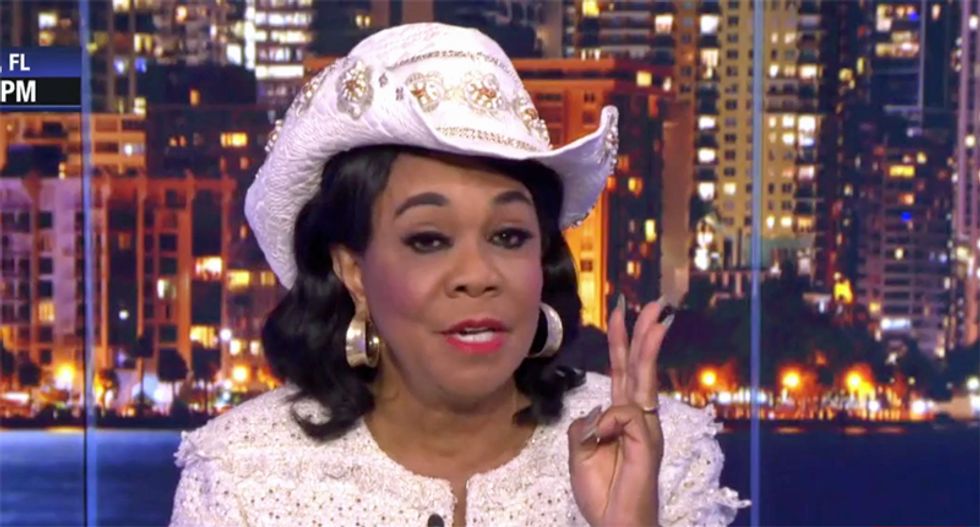 Fears over the Trump administration treatment of detained adolescent girls were aired on MSNBC Tuesday by a leading congresswoman.

Rep. Frederica Wilson (D-FL) was interviewed on "The Last Word" with Lawrence O'Donnell.

The host played a clip of Wilson speaking after visiting one of the detention facilities.

"I asked to see the girls. There are 700 girls in this facility, I saw 30," Wilson explained. "When I tried to go into the dormitory that houses the girls, they said to me they were in in-take and it might be dangerous or contagious. That's what they said to me. So I'm staying because I want to see what's dangerous, what is contagious because I do not believe them."

The host asked about her visit.

"What did you find there at this largest facility holding children in the United States?" O'Donnell asked.

"Well, I found an overcrowded place that children have no place being there," she replied.

"I had been there for hours and I kept saying, 'Where are the adolescent girls? Let me see the adolescent girls!' Because I am concerned about their well-being and what kind of help they are getting in addressing moving from girlhood to womanhood," she explained. "And no one showed me the girls."

"So this is very disturbing to me, and I'm going to stay on this and find out what is going on with these girls in this facility, because we have the Super Bowl coming up in 2020 right here in Miami, and I don't trust that facility. I don't trust people with adolescent girls."