If Trump's steampunk history about Revolutionary War airbases isn't grounds for impeachment -- what is? 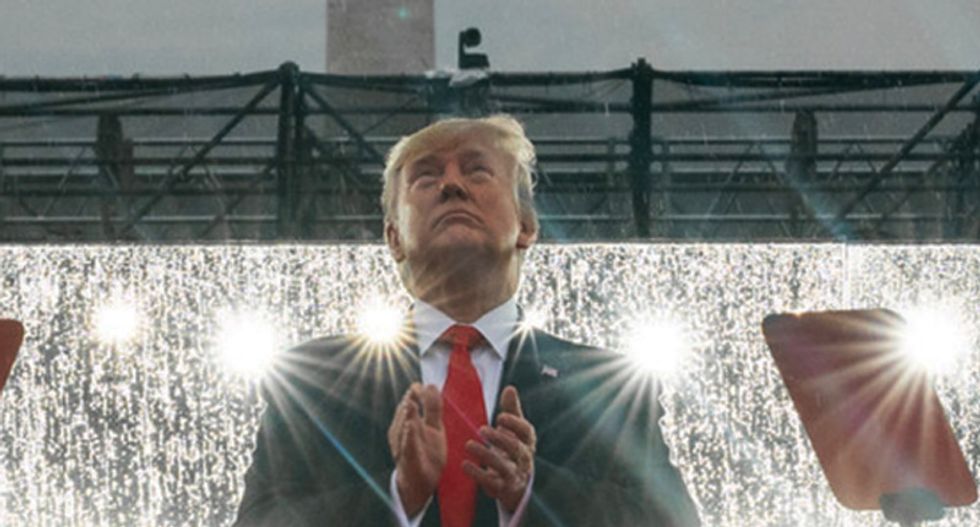 In the 1980s, K. W. Jeter and others, building on work of Michael Moorcock, developed a new genre of science fiction set in a Victorian age transformed by technology, dubbed "steampunk" by analogy to the also-new genre of cyberpunk inspired by the rise of the internet. In 1990, Bruce Sterling and William Gibson put the genre on the map with their Difference Engine, which imagined what would have happened if Ada Lovelace and Charles Babbage's envisioned computer had actually been built.

Trump is clearly in some ways a major contributor to the steampunk genre of science fiction, having already made Frederick Douglass an immortal sort of like the Highlander, still living and coming up in the world in the 21st century, and having given Andrew Jackson a role in the Civil War. Presumably this creativity has in part to do with some form of dementia, many signs of which—including the slurred speech of a possible micro-stroke—he had earlier displayed.

I suspect, however, that large numbers of Americans anyway cannot distinguish historical eras from one another because they are increasingly poorly educated as a result of a conspiracy of billionaires' lobbying clubs such as ALEC that work to convince state legislatures to slash funds for public education. There is a reason that Trump once crowed that high school dropouts were among his major electoral constituencies: "I love the poorly educated."

Had air power existed in the 1770s and 1780s, my own suspicion is that it would have won the war for the British Empire. In Iraq after WWI, the British faced constant tribal and local rebellions by relatively mobile populations, and the RAF's Arthur Harris dealt with Iraq rebels by following them around from the air and intensively bombing them. The RAF officers even became embarrassed about the "shooting fish in a barrel" aspect of this multi-year brutal colonial air campaign, such that the worried in memos to one another what would happen if the war-weary public in Britain were to find out about it. "Bomber Harris," by the way, went on to play a major role in the use of air power against Germany during WWII, and was behind the firebombing of Dresden, a civilian city with no military importance.

Trump's steampunk daydreams, broadcast as part of his white-nationalist Fascist Fourth of July campaign rally, signal more clearly than ever before the danger he poses to the Republic. The American business classes would prop up a store window mannequin as president if only it would get them the kind of tax cuts they received in February, 2018. The rest of us, however, surely have an interest in having a sane leader. But our equivalent of the Continental Congress, our national legislature, is too pusillanimous to rebel and impeach him. The Revolutionary War was fought against King George III, who himself descended into madness. We got rid of one mad king, only to find ourselves in 2019 saddled by another.

Even if we did take Cornwallis's airbase.