President Donald Trump is trying to combat the horrific reports detailing the inhumane, squalid conditions and treatment of migrants in his concentration camps on the Southern border, and he's doing so in a series of insane tweets (which include the quoted typo in the headline of this article.)

But what the President accidentally did was just make the case for refugee status for anyone "detained" in his concentration camps.

On Tuesday the Dept. of Homeland Security Inspector General published a scathing report and horrific photos detailing terrible overcrowding, standing room only conditions, and lack of food and water. The photos the IG released are heart-wrenching.for anyone with a heart.

"Great job by Border Patrol, above and beyond. Many of these illegals [sic] aliens are living far better now than where they came from, and in far safer conditions," Trump tweeted. "No matter how good things actually look, even if perfect, the Democrat visitors will act shocked & aghast at how terrible things are. Just Pols. If they really want to fix them, change the Immigration Laws and Loopholes. So easy to do!" 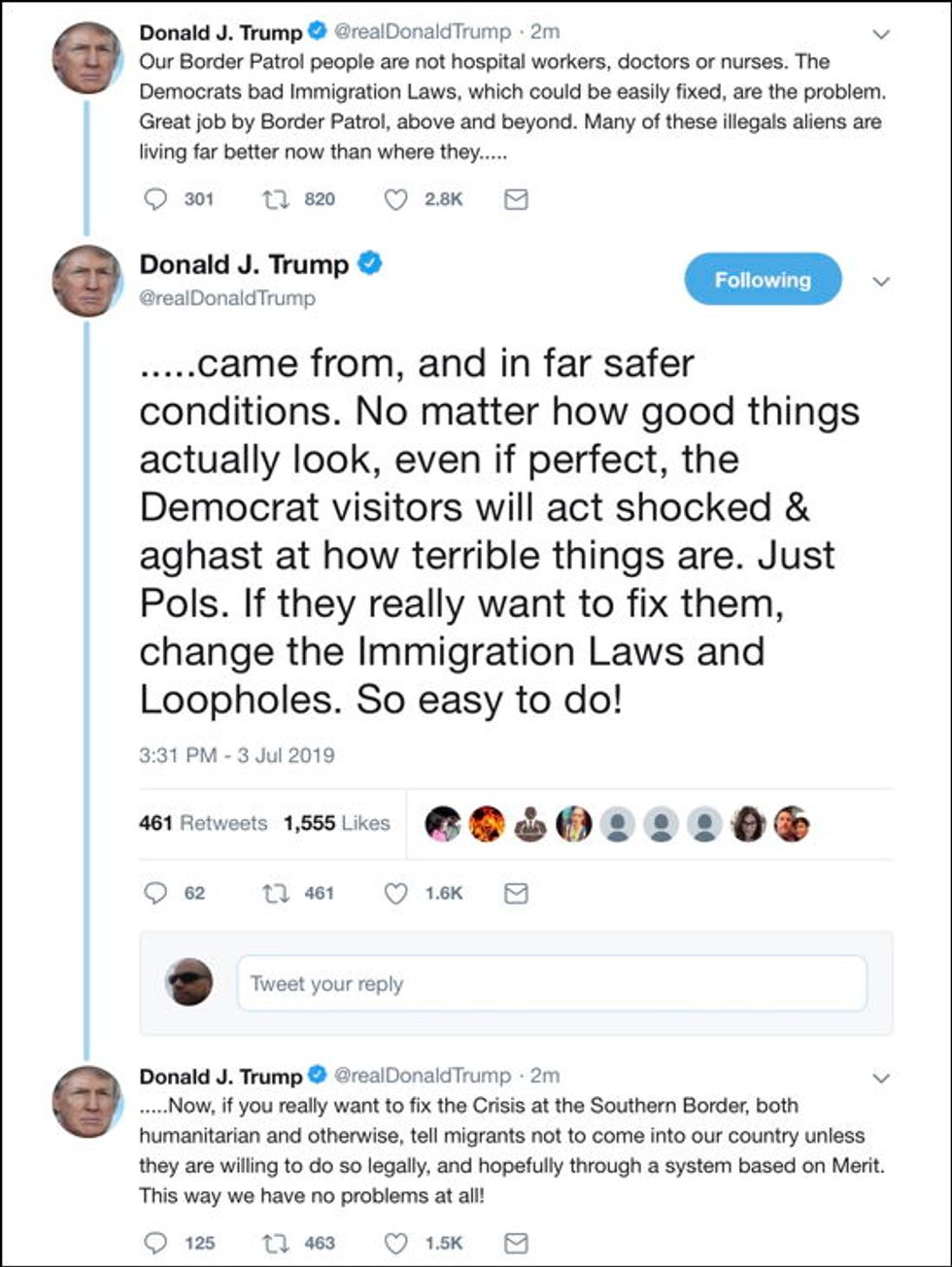 His claim that the horrific conditions the migrants are living in, in his concentration camps, are worse than the conditions they are fleeing, makes clear they deserve asylum or refugee status.

Many, if not most Americans who have seen the photos have been horrified by the conditions, which include immigrants in cages so crowded some cannot even sit on the bare concrete floors.

Some have noted in other countries the Red Cross would have been brought in.

I visited many refugee camps in East Africa and these conditions would have been reported immediately to the Red Cr… https://t.co/NKKWRWHeHg
— James Martin, SJ (@James Martin, SJ) 1562161050.0