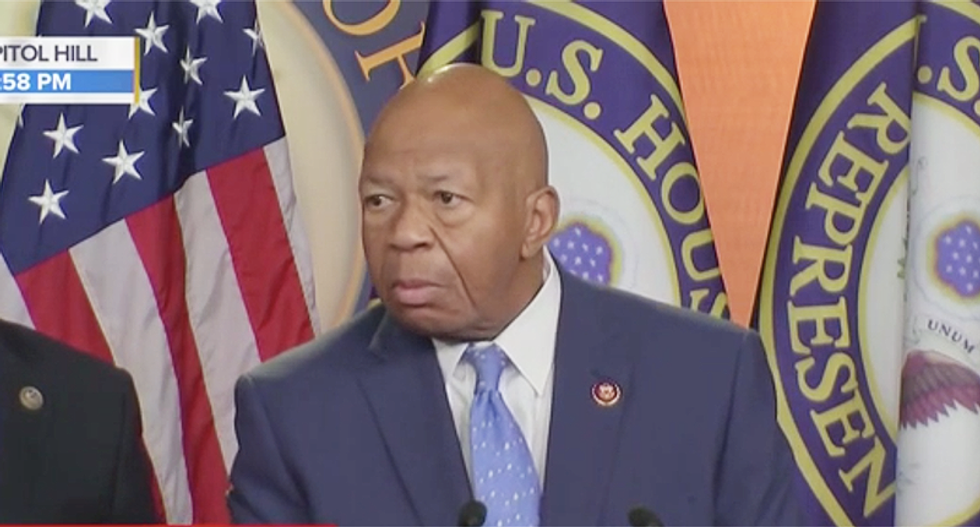 House Speaker Nancy Pelosi said that it is clear that special counsel Robert Mueller provided important context and information for the American people during Wednesday's hearings.

She made it clear that Mueller's investigation may have cost a lot of money, but it also made a lot of money by finding unpaid taxes to the tune of $40 million.

"Mueller made clear that the president is not exonerated," said Intelligence Committee Chairman Adam Schiff (D-CA). "Mueller found evidence of obstruction of justice and abuses of power by the president. He said and the report said the president could be indicted for obstruction of justice after he leaves office. Mueller found that Trump would and did benefit from Russia's help and that the campaign welcomed that help. Mueller found multiple instances where all three elements for charging criminal obstruction of justice were met. Trying to fire the special counsel in order to stop the investigation, trying to have people lie and cover-up for him for the same purpose, trying to limit or impede or constrict the special counsel's investigation, trying to tamper with witnesses, tamper with witnesses cooperating with investigators."

But it was Rep. Elijah Cummings (D-MD) who made a passionate plea to the American people to wake up, for the sake of our democracy.

"This is a critical moment in our country's history," Cummings explained. "Don't be fooled. And it is a moment which people will be talking about and reading about 300, 400, 500 years from now. They're going to ask the question, 'What did you do when we had a president who knew the rules and knew that our founding fathers had done a great job of creating a Constitution and had put in all the guardrails, but never anticipated that we would have a president that would just throw away the guardrails?' And that's why what happened today is so critical."

He went on to say that it was a "giant step" forward in making sure the American people were aware of what was happening.

"It was a giant step in making sure that the American people got a picture of all of this and hopefully will look towards the future and say 'We're not going to have this,'" Cummings continued. "Both Mr. Nadler and Mr. Schiff said something that's very critical. This isn't normal. And we have gotten so we're now getting so used to abnormal -- to this kind of conduct of our president. And by the way, of our attorney general and our Republican colleagues, that we -- it looks like we are just going to accept it."

Cummings raised his voice, saying they "refuse to accept it."