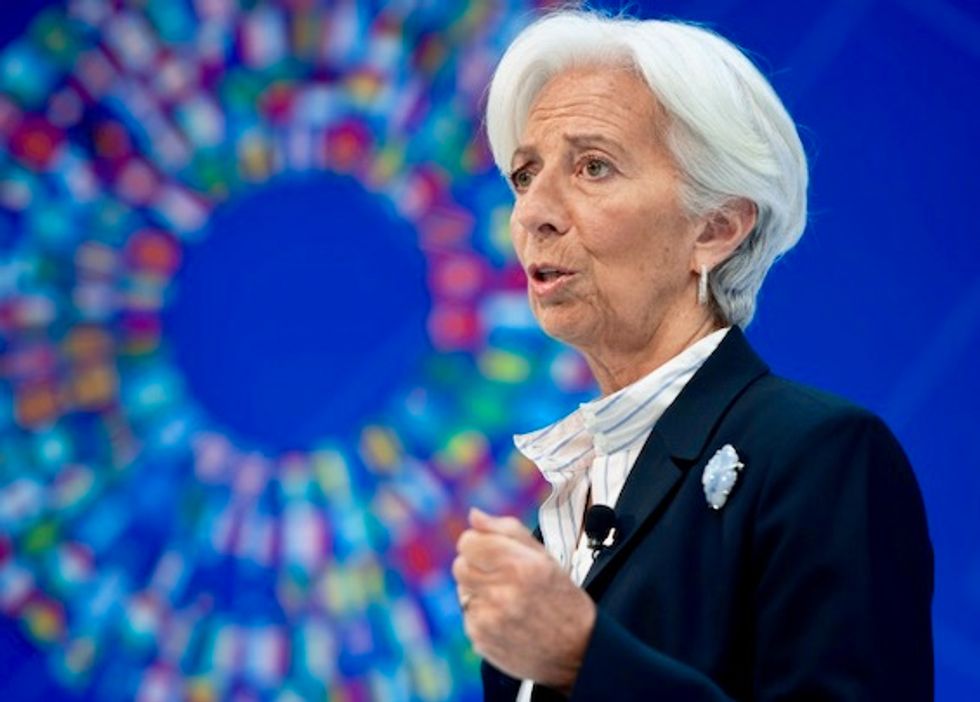 IMF Managing Director Christine Lagarde has never served as a central banker, but has been praised for her handling of the global financial crisis AFP/File / SAUL LOEB

International Monetary Fund chief Christine Lagarde on Tuesday announced she would step down "temporarily" from the global crisis lender after being nominated to lead the European Central Bank.

EU leaders announced a deal to fill the top positions in the political and economic bloc, including picking Lagarde to succeed ECB chief Mario Draghi, whose single, eight-year term ends in November.

"I am honored to have been nominated for the Presidency of the European Central Bank," Lagarde said in a statement, adding that she would "temporarily relinquish my responsibilities as Managing Director of the IMF during the nomination period."

The nomination means Lagarde will step down two years before the end of her second five-year term at the helm of the IMF, which will open a search for her replacement.

"We accept Ms Lagarde's decision to relinquish her IMF responsibilities temporarily during the nomination period," the board said in a statement.

By tradition, since the institutions were created in the wake of World War II, a European has always led the IMF and an American has been at the helm of the World Bank, although emerging market nations in recent years have pressed for more representation.

When Lagarde was selected in 2011, it was the first time the fund had an open leadership search process, in which any board member or country representative could nominate a candidate. Lagarde was selected over Agustin Carstens, then the head of the Mexican central bank.

She has drawn praise for her role leading the IMF in the wake of the global financial crisis.

"She's been a tremendous ambassador for the fund, a great salesperson, a very good communicator," said Mark Sobel, a former US Treasury official and chairman of the Official Monetary and Financial Institutions Forum.

He told AFP that Lagarde has experience in monetary policy even if she has never led a central bank and, like US Federal Reserve Chairman Jerome Powell, is not an economist.

"She's been involved in all the monetary debate and it's not like they don't discuss monetary policy at the fund."

Her second term in office coincided with the rise of US President Donald Trump and a wave of confrontations among major economies over trade, which the former French finance minister described as the major threat to the world economy.

Lagarde has at the same time acknowledged the strains caused by globalization, which has disrupted industries and marginalized some workers.