In era of #MeToo and Jeffrey Epstein -- Florida Republican busted for hitting on pages wants seat back: report 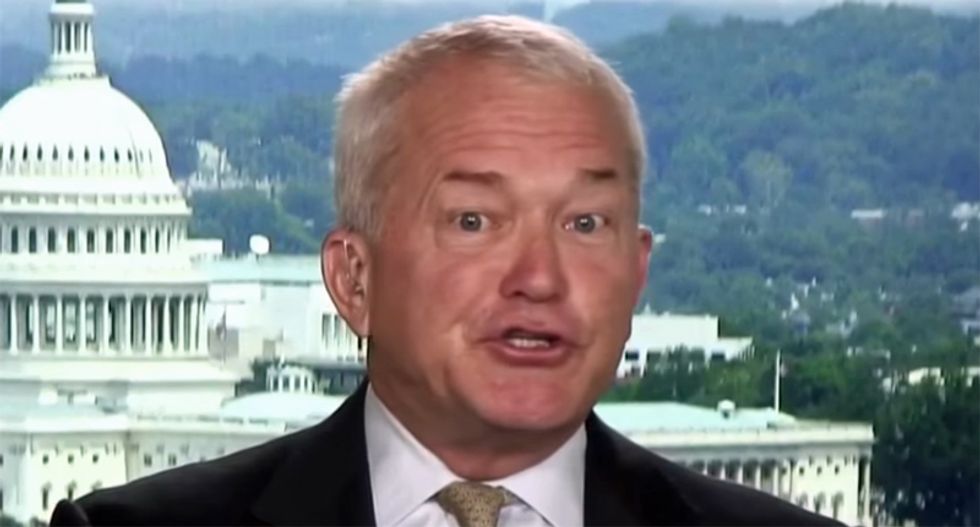 Republicans are facing another #MeToo reckoning with a disgraced former Congressman plotting a political comeback.

Rep. Mark Foley (R-FL) spent over a decade in Congress before resigning in shame on September 29, 2006 -- after being caught sending sexually explicit electronic messages to high school boys serving in the congressional page program.

But now he's plotting a comeback.

"Mark Foley is ready to return to Congress, and the only things standing in his way may be reapportionment … and reputation," Florida Politics reported Tuesday. "Foley, 64, resigned in disgrace in 2006 after he was caught sending lewd messages to underage boys who served as Congressional pages. He never faced any criminal charges related to the incident, and it took two years for him to apologize publicly."

Foley had $1.7 million in his war chest at the time of his resignation and has kept the account open since, using it "to buy tickets, tables, and dinners to posh West Palm Beach events."

The Federal Election Committee inquired what Foley was doing with the account.

"The FEC specifically questioned Foley about regular payments his campaign made to organizations like the Forum Club of the Palm Beaches and the Palm Beach chapter of the Economic Forum. They were among the $35,000 the former Congressman spent on sponsorships with South Florida organizations in 2018, where he would typically get a membership, a table, or recognition in exchange for his contribution," Florida Politics reported.

Foley's campaign replied that he was considering a comeback.

"At this time, the residual funds balance in the committee is retained in order to maintain the characteristics and eligibility of the funds to be used as the principal campaign committee for a future election. Mark Foley reserves his right to seek election to a federal office at a future date and anticipates making a final decision sometime following the reapportionment resulting from the upcoming decennial census," the campaign revealed.

Foley is a longtime friend of President Donald Trump.

"Foley’s visibility has grown in South Florida in recent years, appearing at multiple events for Donald Trump, who also happens to be his friend and a frequent campaign donor. According to federal records, then-businessman Trump made a series of 10 contributions to Foley’s campaign between 1997 and 2006, totaling $9,500," Florida Politics noted.

The news that Foley was a closeted Republican congressman with an anti-LGBTQ record was first reported by Mike Rogers, who is now the vice-chairman of Raw Story Media, Inc.