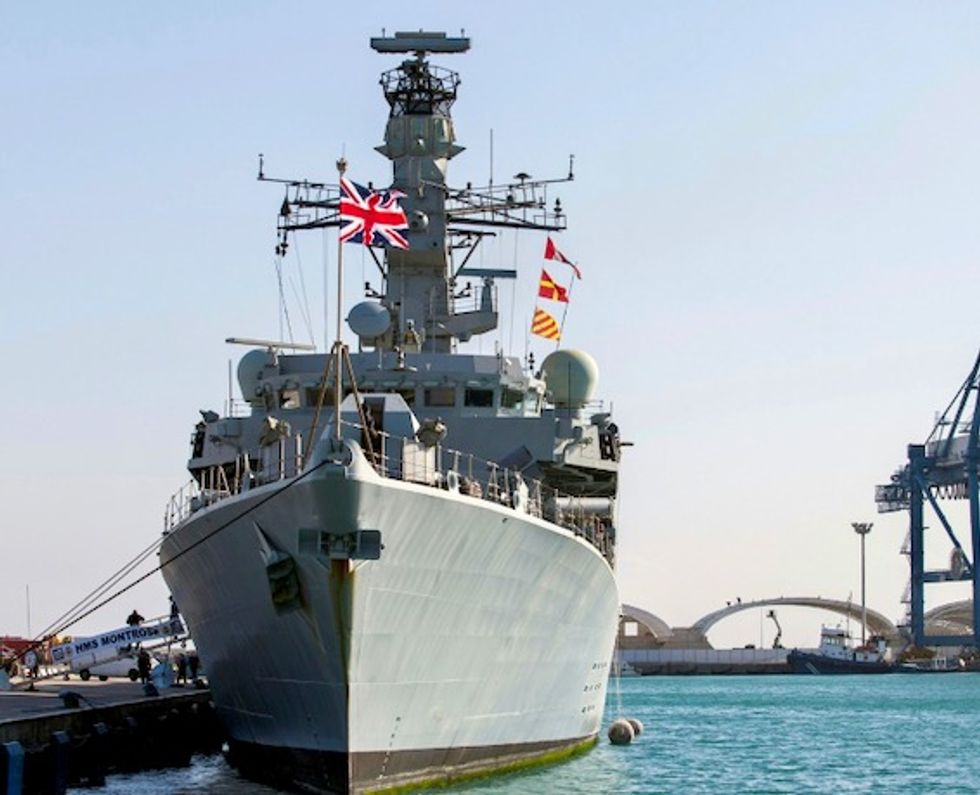 Britain said on Thursday that Iranian military vessels tried to "impede the passage" of a UK oil tanker but were warned off by a British warship in a dramatic escalation of tensions with Tehran in the Gulf.

The incident in the narrow but busy Strait of Hormuz occurred on Wednesday after President Donald Trump ratched up his own administration's pressure even further by warning that sanctions against the Islamic Republic would be "increased substantially" soon.

CNN initially reported that Iranian boats attempted to seize the British tanker but were driven off by a Royal Navy frigate.

The UK defense ministry said only that the Iranian boats tried to "impede" a commercial vessel called British Heritage, which is owned by British energy giant BP.

"Contrary to international law, three Iranian vessels attempted to impede the passage of a commercial vessel, British Heritage, through the Strait of Hormuz," the UK defense ministry said in a statement.

It also urged "the Iranian authorities to de-escalate the situation in the region".

Iran's Revolutionary Guards -- a vast and powerful security organization that the United States blames for staging several tanker attacks since May -- denied trying to seize or impede the UK tanker.

"There has been no confrontation in the last 24 hours with any foreign vessels, including British ones," the Revolutionary Guards said in a statement.

The episode adds further fuel to a volatile mix of brinkmanship and sabre rattling in a region already unsettled by the Trump administration's nuclear standoff with the Islamic Republic.

AFP/File / Nicholas Kamm US President Donald Trump pulled the United States out of a nuclear deal with Iran and reimposed sanctions on Tehran, hitting the banking and oil sectors hard

Iranian President Hassan Rouhani on Wednesday warned Britain of unspecified "consequences" over last week's detention of one of its oil tankers off Gibraltar.

Officials in Gibraltar -- a British overseas territory on Spain's southern tip -- said the cargo was believed to be destined for Syria.

Damascus is subject to EU sanctions while the US has its own sets of trade restrictions on Iranian oil.

Iran condemned the detention as an "illegal interception."

Britain has denied suggestions from Gibraltar officials that it was acting on the orders of the United States.

Iran has been ramping up uranium enrichment in response to the Trump administration's decision last year to pull out of a landmark nuclear agreement world powers signed after a decades of talks with Tehran in 2015.

It surpassed one limit set in that deal one month ago and breached a second one on Monday.

French President Emmanuel Macron's diplomatic adviser Emmanuel Bonne met with Rouhani on Wednesday in an attempt to mediate some sort of reprieve in the escalating standoff.

Rouhani told Bonne that Tehran had "completely kept the path of diplomacy and talks open," according to a statement issued by the Iranian presidency after the talks.

He called on other parties to the nuclear deal to "completely implement their commitments" to keep it alive.

Britain and other European nations have been trying to save the agreement by setting up their own independent trade mechanism that evades US sanction on Tehran.

But Iran's decision to push ahead with enrichment to ever higher levels is putting the European strategy under strain.

European parties of the agreement issued a tough joint statement on Tuesday saying Iran must reverse its activities and return to full compliance "without delay".

Fellow deal sponsors Russia and China lay the blame for the confrontation on the United States.

The 2015 accord promised sanctions relief and an end to international isolation in return for stringent curbs on the Islamic republic's nuclear program.

Tehran says it has lost patience with perceived inaction by European countries more than a year after Trump unilaterally pulled the US out of the agreement and started to impose punishing sanctions.