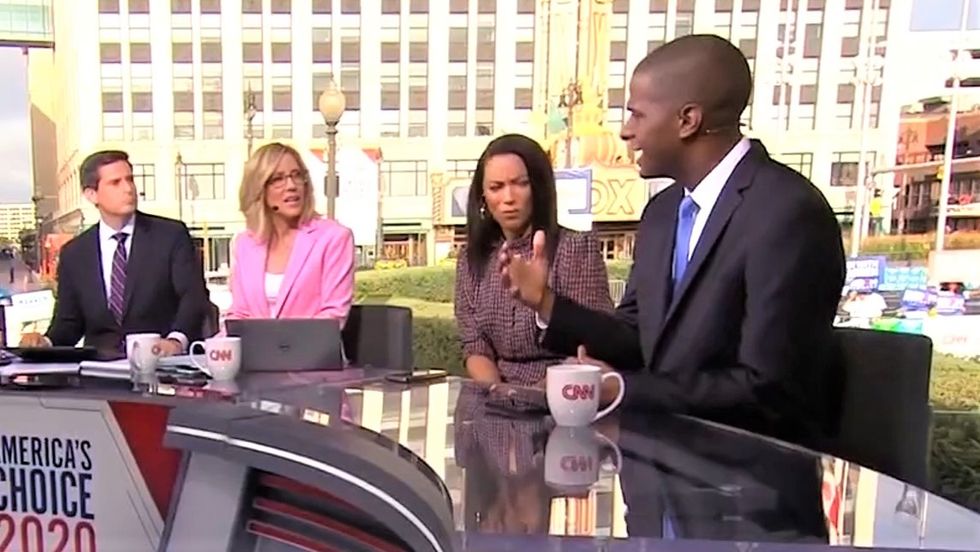 President Donald Trump's racist attacks on Democratic lawmakers and the city of Baltimore sparked an emotional panel discussion on CNN about how his rhetoric is helping to inspire white nationalists who commit acts of violence.

The discussion started with host Alisyn Camerota pointing out that suspected Gilroy shooter Santino William Legan wrote posts on social media that referenced a notorious white supremacist book -- and she linked these views directly to the kind of racist attacks Trump has been making against his political foes.

"I keep hearing people say, 'Gee, I hope the racist rhetoric being thrown around doesn't lead to violence,'" she said. "It's already happening."

"While we are casting aspersions on black and brown people in this country, using words like 'infested,' talking people coming over the borders if they're not seeking better hope for their families and treating them as if they're criminals, you don't hear people talking about white male domestic terror in this country," he said. "In South Carolina, we lived through Dylann Roof."

Sellers said that he's been particularly alarmed at the way it's now seen as perfectly acceptable to be racist in public.

"I remind people of Charlottesville all the time, the thing about it that was so damning... that they weren't wearing hoods," he said. "We live in a country right now where it's acceptable to display your racism."