"It's as bad as it looks": Pelosi under fire for debt ceiling deal that hands GOP power to kneecap progressive agenda 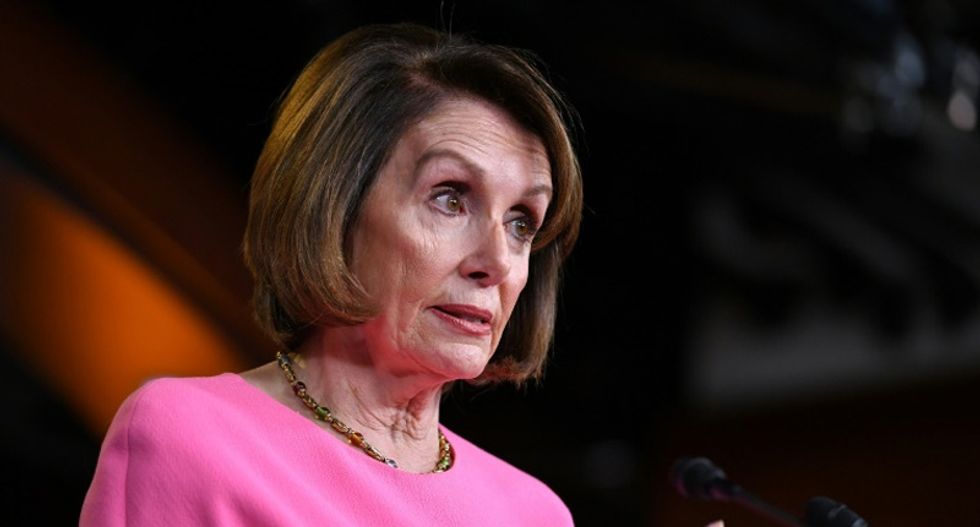 House Speaker Nancy Pelosi may have helped temporarily avert a looming fiscal crisis on Tuesday by striking a budget deal with the Trump administration, but progressives warned the agreement hands Republicans power to kneecap the next president's agenda by suspending the debt ceiling until after the 2020 elections.

"You can almost hear Ted Cruz yelling on the floor of the Senate that Congress shouldn't raise the debt limit by one more dollar unless President Bernie Sanders promises to drop his demand for Medicare for All."

The debt ceiling is the legislative limit on how much the federal government can borrow. If the ceiling is not raised, the U.S. would risk defaulting on its debts and potentially sparking a global financial crisis.

Former congressional staffers and other critics said that by agreeing to suspend the debt ceiling until 2021, Pelosi gave Senate Majority Leader Mitch McConnell (R-Ky.) the ability to extract massive spending cuts and other concessions from a Democratic president in exchange for raising the debt limit.

Paul Blest of Splinter wrote Tuesday that "if the eventual Democratic presidential nominee defeats Trump in 2020, this will be one of the things they have to deal with in their first year in office."

"If you really listen," Blest wrote, "you can almost hear [Texas Sen.] Ted Cruz yelling on the floor of the Senate that Congress shouldn't raise the debt limit by one more dollar unless President Bernie Sanders promises to drop his demand for Medicare for All."

In the lead-up to Pelosi's agreement with Treasury Secretary Steve Mnuchin, a number of commentators called for abolition of the debt ceiling, arguing it is an arbitrary and "absolutely insane" restriction that serves no legitimate purpose.

Citing a Democratic source close to the negotiations, Blest reported that "the possibility of ending the debt ceiling came up and 'interest was expressed,' [but] it was decided that it was 'too difficult' to do in this particular agreement."

"The biggest win of Pelosi’s second stint as Speaker so far was holding the line on the government shutdown earlier this year," Blest wrote. "So, Pelosi knows how to use leverage; she just didn't push hard enough this time, for whatever reason."

Adam Jentleson, who served as deputy chief of staff to former Senate Democratic Leader Harry Reid, echoed Blest's fears about the budget deal in an interview with Bloomberg, which reported Tuesday that 2020 Democratic presidential candidates are "quietly expressing consternation" that the agreement could set them up for a disastrous first year in the White House.

The Democratic leadership, said Jentleson, handed Republicans—who are favored to hold the Senate in 2020—"a major weapon" to completely derail progressive agenda items that 2020 Democrats have placed at the center of their White House bids.

As Jentleson pointed out on Twitter, Republicans weaponized the debt ceiling against former President Barack Obama in 2011:

I’ve been asking around for defenses of this deal and the main rationale being offered is that top Democrats don’t… https://t.co/NoSTYZZalO
— Adam Jentleson 🎈 (@Adam Jentleson 🎈)1563836540.0

Pelosi's agreement with Mnuchin—which President Donald Trump applauded in a series of tweets Monday night—must be approved by the House and Senate. The deal would lift spending limits by $320 billion and hand the Pentagon a $738 billion budget, a $22 billion increase from the previous year.

In a joint statement, Pelosi and Senate Minority Leader Chuck Schumer (D-N.Y.) hailed the agreement as a bipartisan compromise "that will enhance our national security and invest in middle class priorities that advance the health, financial security, and well-being of the American people."

Brian Fallon, executive director of progressive advocacy group Demand Justice and former aide to Schumer, was not as enthusiastic about the deal.

"It was fun for a while to debate whether the Democrat who beats Trump should focus on election reform or climate change in 2021," Fallon tweeted. "Now Republicans will make it a fight over lifting the debt ceiling."

"The negotiations over the debt ceiling clearly illustrate the asymmetry between the two parties," Fallon added. "GOP is happy to preserve the debt limit because they know Dems will never hang it over a GOP president's head. On other hand, GOP is happy to play chicken with it when a Dem is in office."