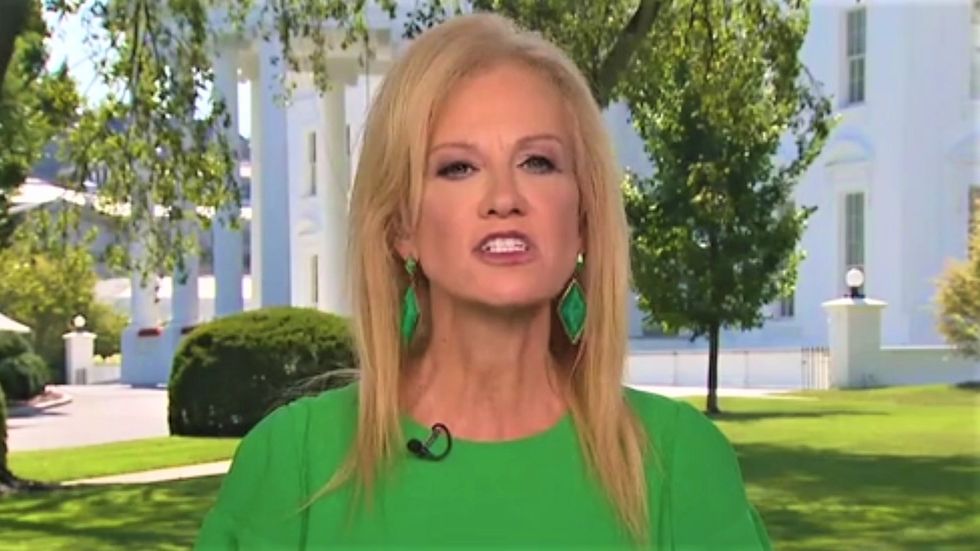 In particular, Conway was asked about Trump's tweet in which he said Reps. Ayanna Pressley (D-MA), Alexandria Ocasio-Cortez (D-NY), Ilhan Omar (D-MN) and Rashida Tlaib (D-MI) were incapable of loving the United States.

Conway responded by attacking the women for voting against funding for the humanitarian crisis at the southern border, which the lawmakers argued would just be giving the president money to further his campaign of abusing immigrants.

She then bitterly complained that the four freshman Democrats aren't being "fact checked" every day the way President Trump is.

"Last week’s press conference Omar said -- let me quote her, nobody fact checks these people," she fumed. "'President Trump is pursuing agenda to allow millions of Americans to die from a lack of healthcare.' What is she talking about? Not a single person called her out."

In fact, the Trump administration has been pursuing a lawsuit aimed at getting the entire Affordable Care Act declared as unconstitutional, which would kicks tens of millions of people off their health insurance.