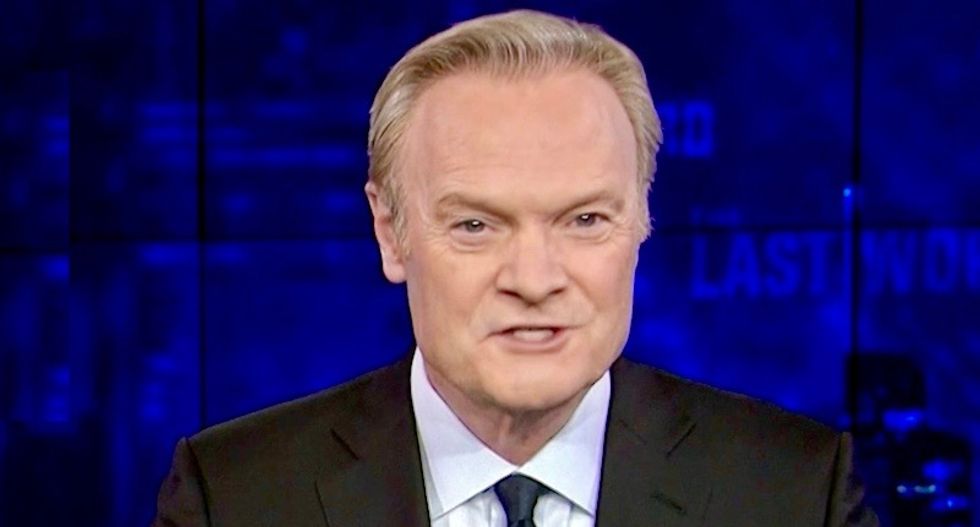 Anchor Lawrence O'Donnell reported on the growing movement for the impeachment of President Donald Trump during Thursday evening's "The Last Word" on MSNBC.

"The House of Representatives conducted a symbolic vote on a hastily written impeachment resolution by Democratic Congressman Al Green in reaction to the president’s tweeted comments that the House of Representatives voted to condemn as racist," O'Donnell reported. "The impeachment resolution had nothing to do with the [Robert] Mueller investigation and referred only to the president being unfit for office because of the language that he has used recently about members of Congress and immigrants and asylum seekers."

"You can also see in that vote of 95, the frustration of where the House of Representatives is on impeachment now," O'Donnell noted.

"I think that’s exactly what it is," Rep. Robin Kelly (D-IL) replied.

"People are frustrated and they were disgusted by his Tweets and his comments. I know for me, I felt like I had to vote the way I voted because I was so frustrated and just to send a message to my constituents that this man needs to go," she explained.

"We also realize and even if we do impeach him, Mitch McConnell is not going to do anything, but that’s how frustrated my colleagues and I are at this point," Kelly added.