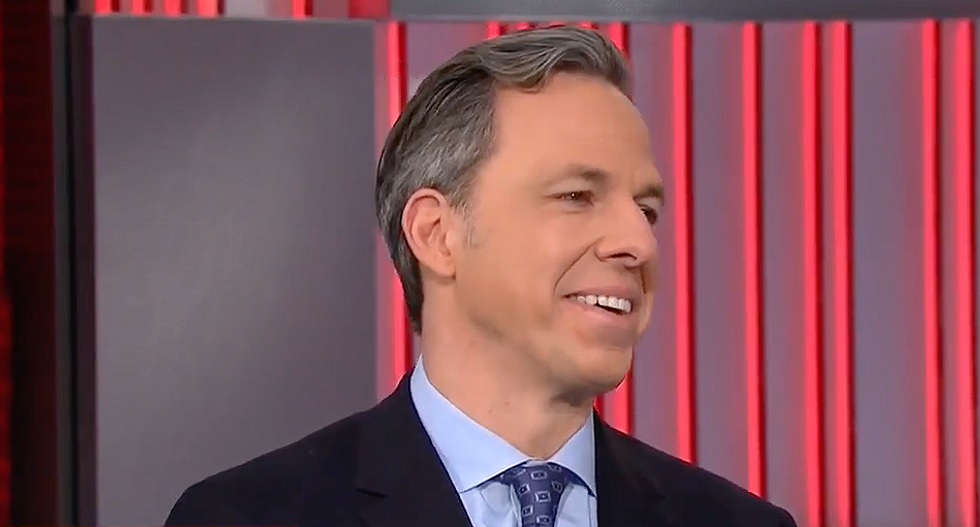 CNN host Jake Tapper likes to occasionally refer to President Donald Trump as running the country the way he would run a TV show, with cliffhangers, drama, infighting and perfectly choreographed pageantry. But when it came to Trump's attacks on Baltimore, Maryland, Tapper said, "The writers of the season are getting lazy."

The president went on the attack against Americans living in Baltimore, implying they were trash and sub-human for living in the city. Unfortunately for Trump, however, his son-in-law is responsible for a lot of what the president is complaining about.

In a plot-twist, it was revealed Monday that Jared Kushner's family properties in Baltimore have received numerous complaints of rats, mice, mold and more, Vanity Fair reported.

"The writers of the season are getting lazy. For the fact that the president would actually talk about this and when his own son-in-law — look, this is the state of urban-dwelling for all over the country. And low-income housing," Tapper said.

National political reporter Maeve Reston noted that this isn't a new story, Kushner has had "tons of problems with his properties." She noted that it's interesting to wonder how things pop into Trump's head.

"But this is so embarrassing," she continued. "His son-in-law directly contributed to some of the neglect that the president is so concerned about today."

Around the time Trump was tweeting, Fox News was running a segment on Baltimore, specifically calling out Cummings' district. It appears Fox did about as much research as Trump did before addressing the topic.

The panel then broadened to talk about Baltimore not being the only place in America where blight is a problem, and the areas aren't exclusively impacting urban epicenters, they're hitting people in rural America too.

"What troubles me about what the says doing and I need not remind him that he is the president of all of the people of the United States of America," said former Tallahassee mayor Andrew Gillum. "If those conditions existed anywhere, it is his obligation, I would think, to direct his HUD secretary to work whatever policy changes need to happen in order to fix that. But instead, he has decided to pit American against American. City against city. Urban against rural. White against black and brown. And that is what I find sinister and certainly beneath the office of the president."