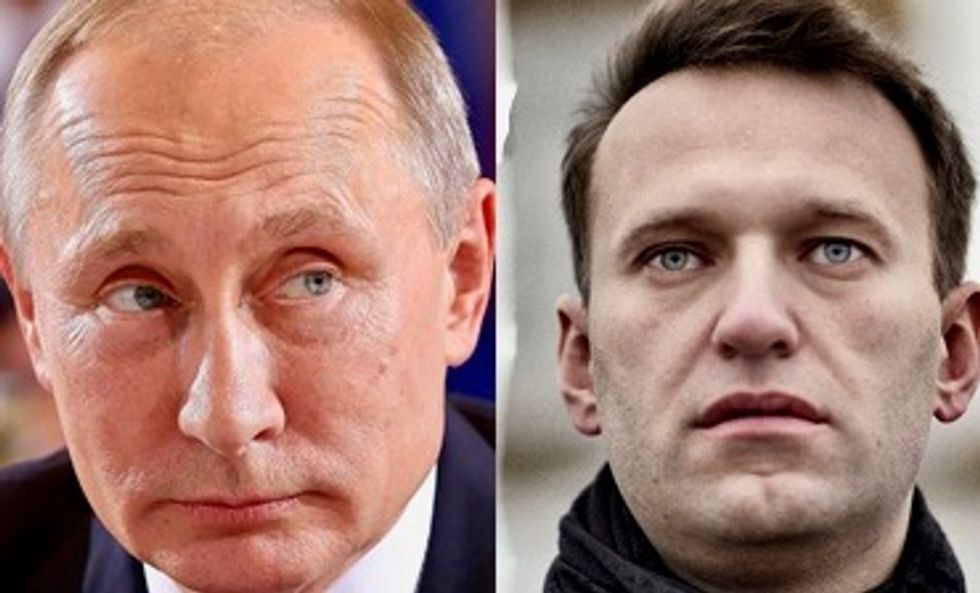 The crackdown was launched as opposition politicians fight to get on the ballot for a Moscow parliament election in September amid falling approval ratings for President Vladimir Putin.

The arrests and raids followed a weekend rally in Moscow, the largest such demonstration in years, as anger grows over the refusal by the election authorities to allow popular opposition candidates to take part in the poll.

Navalny and other anti-Kremlin politicians threatened to stage an even bigger rally on July 27, near the Moscow mayor's office, unless opposition candidates are registered.

The opposition said the crackdown was aimed at thwarting those plans, after police first arrested Navalny on Wednesday.

On Wednesday night, police raided the homes of several opposition politicians and would-be candidates including Dmitry Gudkov and Ivan Zhdanov.

The nighttime raids were linked to a new criminal case into obstructing the work of election officials after Navalny's allies and ordinary Muscovites staged a series of pickets and rallies outside the offices of the Moscow election commission and elsewhere in recent days.

Investigators said the protests involved "threats to use violence against members of the electoral commissions" -- an offense that risks up to five years in prison.

On Thursday, more politicians including Navalny ally Lyubov Sobol were told to appear for questioning.

"My morning began with a questioning at the Investigative Committee," Gudkov said on Twitter after the nighttime search of his apartment.

"After mass searches and arrests the elections are over. This institution has died under Putin."

A coordinator from Navalny's Moscow headquarters, Oleg Stepanov, was also jailed for eight days on Wednesday.

Opposition politicians have fought tooth and nail to get on the ballot but say they were made to jump through countless hoops. Each had to collect roughly 5,000 signatures to be eligible.

The electoral authorities still refused to register most representatives, accusing them of faking some of the signatures.

The opposition called on Muscovites to turn up for an unauthorized rally on Saturday despite a thinly-veiled police threat to break it up.

He said liberal-minded Muscovites should not be afraid.

"It's like with a pack of dogs: if you show your fear they will tear you apart," he added.