Maddow calls out Homeland Security Secretary for lying to Congress 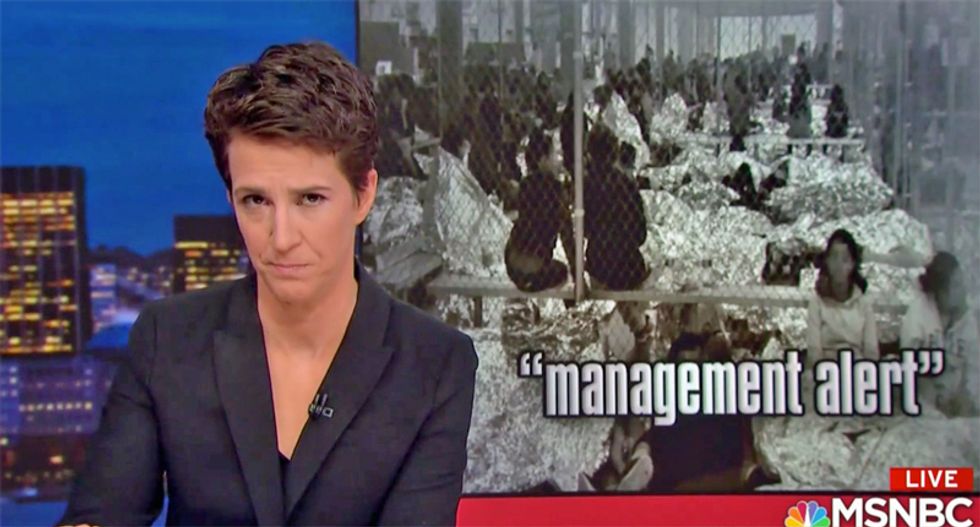 McAleenan had attempted to downplay conditions at the administration's detention camps after shocking reports on the conditions -- even as he knew his own department's Inspector General had prepared a report confirming the news story.

"I mean, the Homeland security secretary has been proven wrong now by his own agency. Right?" Maddow wondered.

"He went to Congress and said these allegations about bad conditions in his facilities, these were just unsubstantiated allegations that were creating a sensation. That was a handful of days ago," she explained.

"And so the pressure is only increasing on the Trump Administration -- and on the individual officials responsible within the Trump administration -- as more is known and as more alarms are sounded about what they’ve been trying to do to these human beings who have come into their clutches on the border," Maddow concluded.