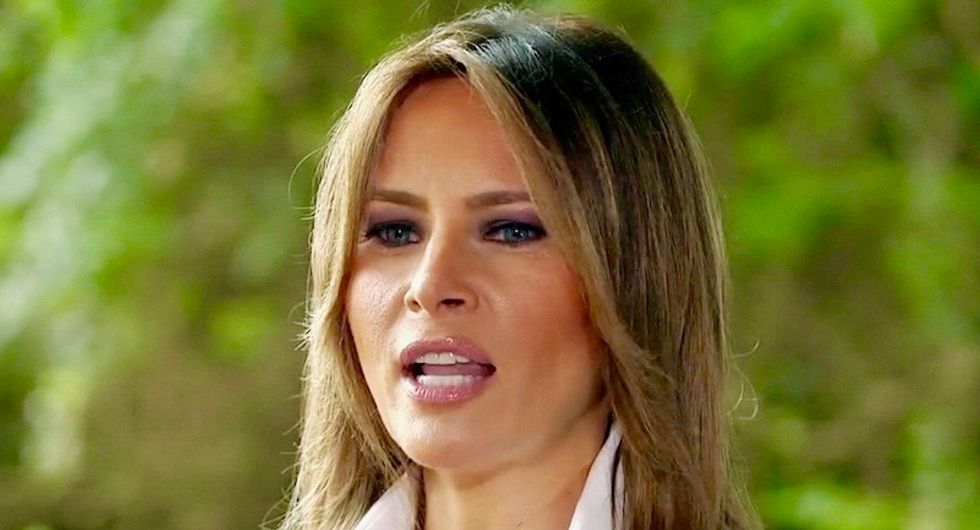 “You know that woman is lying, don’t you?” Mrs. Trump told her husband, according to Mollie Hemingway and Carrie Severino in "Justice on Trial: The Kavanaugh Confirmation and the Future of the Supreme Court."

Last year the First Lady suggested she did not believe Dr. Ford, whose Senate testimony was aired live before GOP Senators rammed through Kavanaugh's confirmation to the nation's highest court.

“We need to have really hard evidence … if you accuse [someone] of something, show the evidence,” Trump said, as Yahoo reports.

“I do stand with women,” the First Lady insisted. “But we need to show the evidence. You cannot just say to somebody, ‘I was sexually assaulted’ or ‘you did that to me’ … because sometimes the media goes too far in the way they portray some stories. It’s not correct. It’s not right.”

Severino is the head of Judicial Crisis Network, a secretly-funded far right wing activist organization that spent millions of dollars to get Kavanaugh onto the U.S. Supreme Court. Before he was confirmed Severino called his alleged actions "rough horseplay."