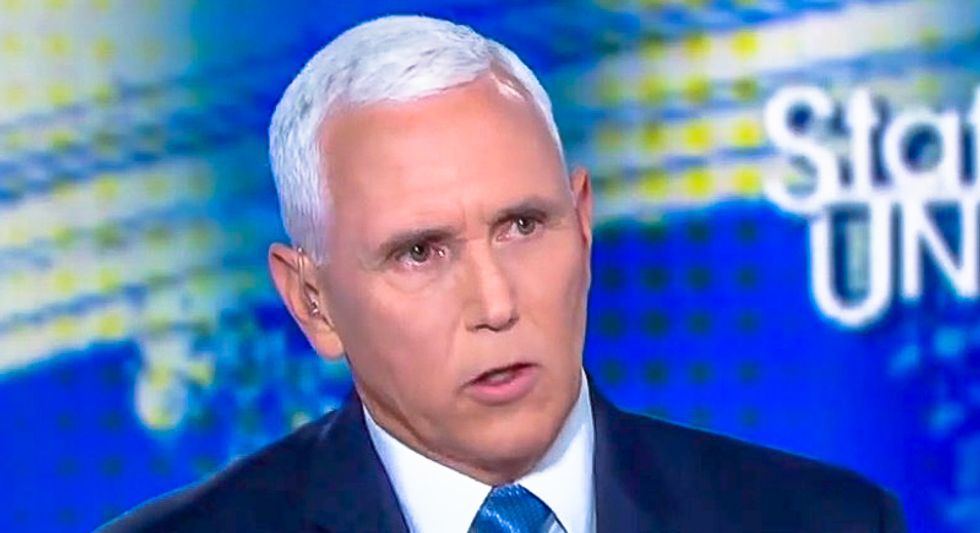 The invitation, sent by Bob Jenkins, vice chair of Pitkin County Republicans, calls it "an intimate high dollar reception," and says, "we would like you to participate if possible. Additionally, please quietly spread the word," according to The Aspen Times.

Pence has made a career out of working against the LGBTQ community, advancing the anti-gay agenda of the religious right, including supporting harmful and dangerous reparative therapy, which is now banned for use against minors in 18 states.

The reported location for the fundraiser, The Caribou Club in downtown Aspen, was revealed thanks to the club’s executive chef who "was arrested early Friday for felony assault and domestic violence after a female friend told police he choked her and punched her in the face, according to an arrest warrant affidavit filed in Pitkin County District Court."

The chef reportedly "told District Judge Chris Seldin he was cooking for the vice president on Monday and needed to be able to show up for work, said prosecutor Don Nottingham."

Despite the chef's alleged felony assault and domestic violence, there is no indication Pence will cancel the event.

Michigan Republicans beg Whitmer to zip it on abortion rights

When Gov. Gretchen Whitmer gave her keynote address at the Mackinac Policy Conference in May, it suddenly became clear how many pundits had misjudged this particular political moment.


You would have expected the Democrat to earn some polite applause at the traditionally stuffy confab dominated by CEOs, lobbyists and legislators, one where her predecessor, Republican Gov. Rick Snyder, always seemed most at home.

With the Oath Keeper's Stewart Rhodes trial lurching into its third day, the former wife of the leader of the right-wing extremist group warned that, should a jury not find him guilty of seditious conspiracy, he will go back to his old ways and be a threat to the country.

Speaking with CNN "New Day" host John Berman, Tasha Adams, who helped Rhodes start up the paramilitary group, said her ex has a knack for inciting others to violence similar to what the country witnessed during the Jan. 6 insurrection.

Ten people are confirmed dead after an avalanche struck climbers in the Indian Himalayas, police said Wednesday, with 18 other members of the expedition still missing.

Several dozen climbing trainees were caught in Tuesday morning's snowslide near the summit of Mount Draupadi ka Danda-II in the northern state of Uttarakhand.