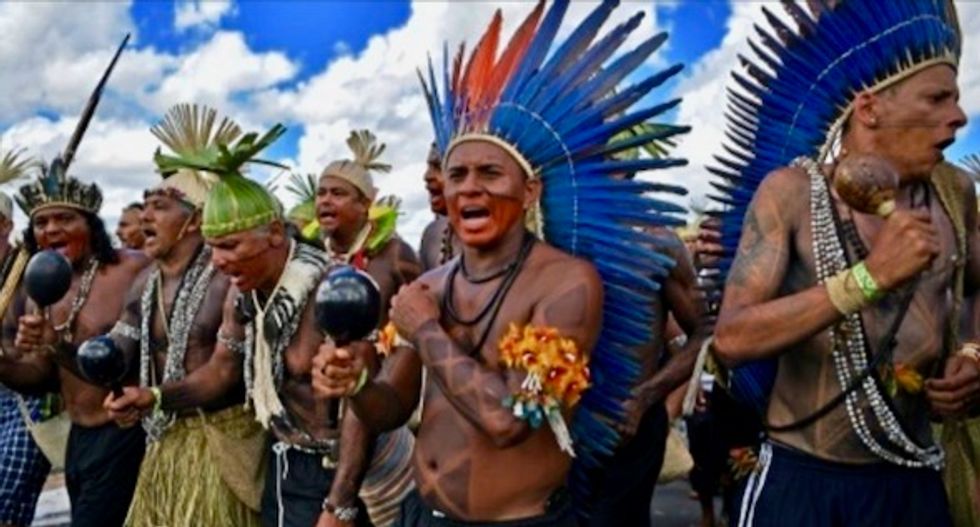 Brazil saw at least 20 killings of land defenders in 2018, according to the report AFP/File

At least 164 land and environmental activists were murdered last year for defending their homes, lands and natural resources from exploitation by mining, food and logging firms, Global Witness said Tuesday.

The charity watchdog's annual land defenders report found "countless" more people were silenced through violence, intimidation and the use and misuse of anti-protest laws across the world.

By far the most dangerous place for activists and indigenous communities was the Philippines, which saw 30 murders in 2018, the report said.

Colombia and India saw 24 and 23 deaths linked to environmental activism in 2018, while Guatemala was the deadliest nation for land defenders per head of population with 16 confirmed killings.

"This is a phenomenon seen around the world: land and environmental defenders, a significant number of whom are indigenous peoples, are declared terrorists, thugs or criminals for defending their rights," said Vicky Tauli-Corpuz, UN Special Rapporteur for Indigenous Peoples.

"This violence is a human rights crisis but it is also a threat to everyone who depends on a stable climate."

The biggest single massacre documented by the group in 2018 occurred in the southern Indian state of Tamil Nadu, with 13 people murdered after protesting the environmental impact of a copper mine.

At least eight land defenders involved in disputes with representatives of the soy industry were killed in 2018 in the Brazilian state of Para alone, the report said.

In the Philippines, which overtook Brazil as the deadliest place for land defenders, one incident saw a group of gunmen shoot dead nine sugarcane farmers including a number of woman and children on the island of Negros.

A week ahead of a landmark UN report expected to emphasise the vital role indigenous peoples play in protecting nature, the charity also highlighted what it said was a "worrying global trend" in the intimidation and jailing of defenders.

It said investors including development banks were fuelling the violence by financing abusive projects and sectors, and named a number of well-known companies accused of facilitating rights violations.

"It's not good enough for foreign multinationals that are connected to these land grabs to profess ignorance," the report said.

"They have a responsibility to proactively ensure that the land they are profiting from has been leased legally, with the consent of the communities who have lived on it for generations."

In Britain, the charity documented the case of three anti-fracking activists who in September were sentenced to jail for protesting at a site run by the energy firm Cuadrilla.

They were freed in October but have still not had their convictions for the crime of "public nuisance" overturned.

One of the protesters, Simon Blevins, said their case set a worrying precedent for environmental activists in Britain.

"There has been a lot of scaremongering that even turning up with a placard can put you in trouble and stop you getting jobs, which of course has a deterrent effect on future protest."

The overall land defender death toll in 2018 fell from a peak of 207 in 2017, but Global Witness stressed the true number of deaths could be far higher and go unreported or occur in remote regions.