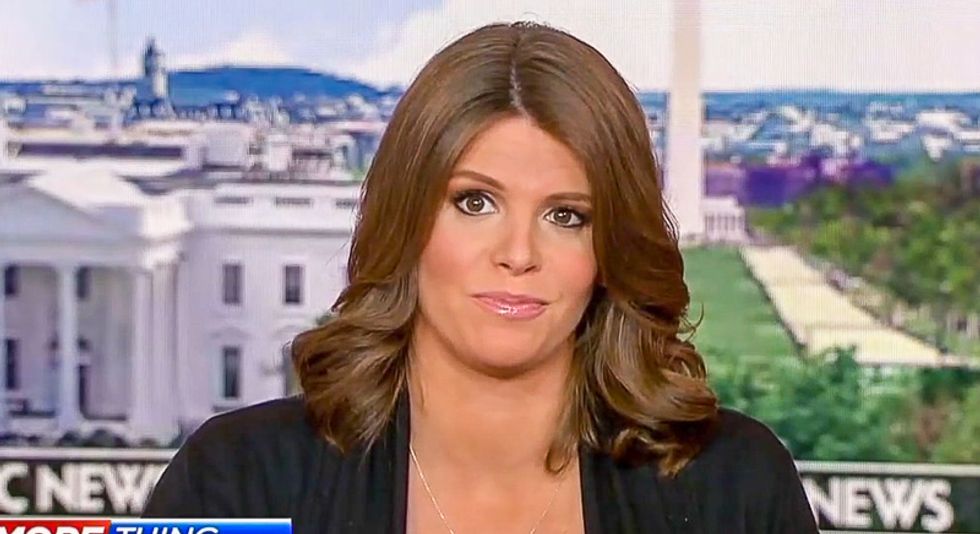 MSNBC's Kasie Hunt on Monday said that Rep. Alexandria Ocasio-Cortez (D-NY) is a "far left" politician after she invited the U.S. Women's Soccer Team to tour the U.S. Capitol.

Following the team's win against France, Hunt noted in a Monday afternoon report that team co-captain Megan Rapinoe said that she did not expect to be invited to the White House.

"President Trump tweeted attacks on Rapinoe saying that she should win before she talks," Hunt said before calling Ocasio-Cortez a "far left" Democrat.

"We should also note that jumping in the controversy rather than far-left freshman Democrat Alexandria Ocasio-Cortez who issued a blanket invitation to the [Capitol] to Rapinoe and the U.S. Women’s teams," Hunt opined.