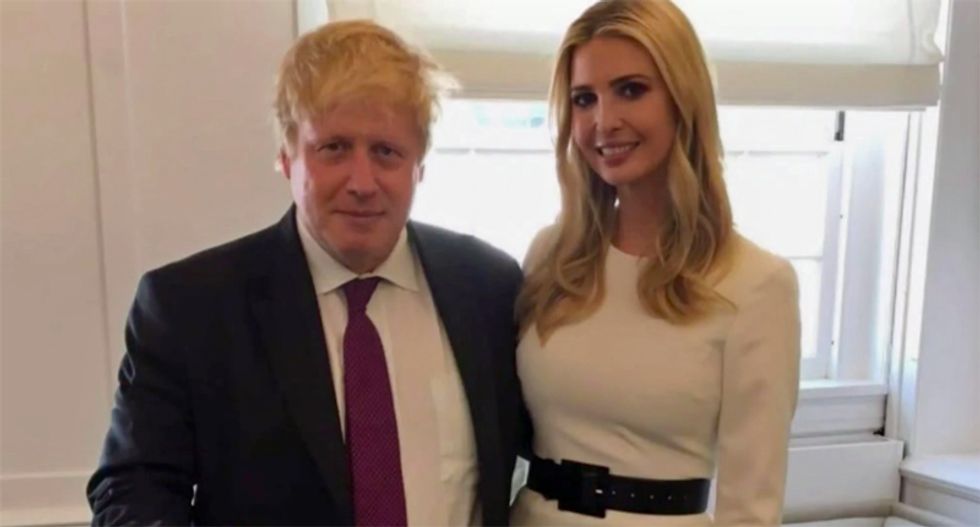 "It was a little more than a year ago that Ivanka Trump was photographed with a Donald Trump impersonator also known as Boris Johnson, who as expected, has today become the brand-new prime minister of Britain," Chris Hayes reported.

"Ivanka Trump, one of our country's foremost diplomats, reacted to Johnson’s victory today in classic Trumpian fashion, much like when her father tweeted about meeting the Prince of Whales -- which was awesome, by the way -- Ivanka tweeted, 'Congratulations Boris Johnson on becoming the next Prime Minister of the United Kingston,'" Hayes said. 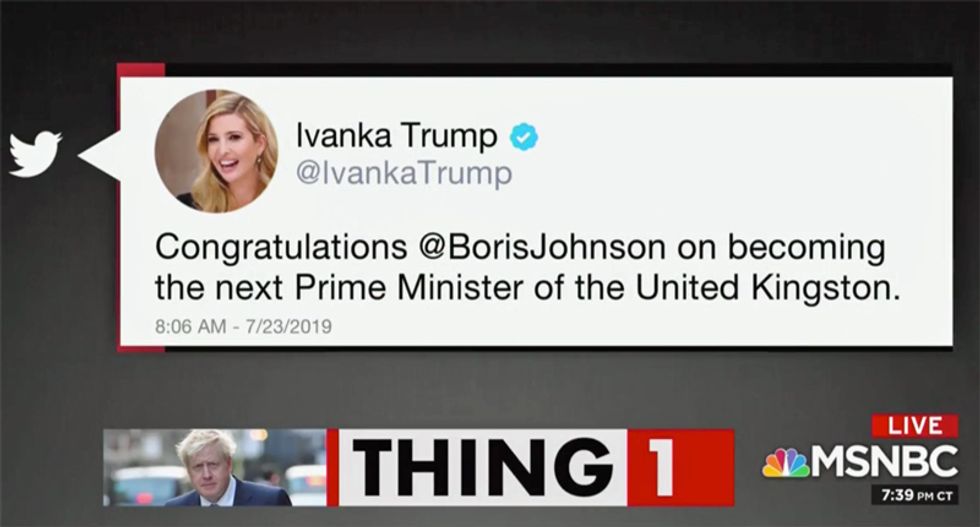 Tweet from Ivanka Trump referring to the "United Kingston"[/caption]

Hayes was also shocked by President Donald Trump's comments on this.

"Good man. He is tough and he is smart. This say, 'Britain Trump.' They call it 'Britain Trump,'" Trump claimed. "People are saying, 'that’s a good thing.'"

Hayes then showed a video documenting the similarities between Trump and Johnson.