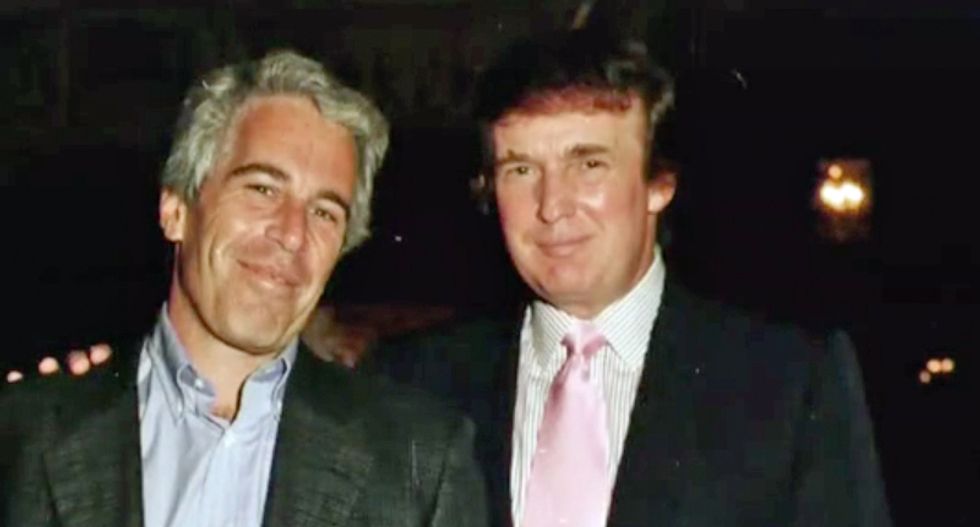 MSNBC commentator Charlie Sykes called out President Donald Trump for his frequent association with disgusting men who do evil things. Trump himself has been accused of several disgusting acts, some of which he openly admitted to, yet, Trump is still embraced by not only his party but the "family values" crowd.

"I've read Charlie Sykes and Annie's reporting with my jaw on the floor," said MSNBC host Nicolle Wallace of the New York Times report about Trump and Epstein. "I'm still gobsmacked by the culture, and I don't say this in the vain of prudishness but the culture of objectifying women. Because it is a through-line through the 'Access Hollywood' tape, through calling Miss America contestants Miss Piggy, to calling Hillary Clinton and Kamala Harris nasty women. It is an indisputable fact women are objectified in Donald Trump's world."

All of these facts came before Election Day in 2016, the Bulwark editor-in-chief noted.

"This was a pattern that was well known," Sykes explained. "The fact he would actually walk in on the contestants of Miss Teen America, Miss Teen U.S.A. This is who Donald Trump is. This is who he embraces."

Sykes said that the difference here is that Trump can't ignore an industrialized pedophilia ring as nothing more than "locker room talk."

"It links to something that you can't just say boys will be boys. This isn't locker room talk," Sykes said. "This is hanging around with one of the most notorious pedophiles and also this intersection of the arrogance, the wealth, the indulgence in whatever you want to describe it as, that I think is going to be problematic for Donald Trump."

He went on to say it's clear that "nothing actually matters" when it comes to these issues with the Republican Party and Trump's fans, but given his background, it isn't exactly a friendship Trump should want to be advertised.

"But this is an association that he really cannot afford. But there is that sort of bonding bro-ness between him and Jeffrey Epstein where I wonder whether people will know everything you just described and think it's even sleazier than we thought," he closed.