MSNBC's Nicolle Wallace calls BS on Acosta's claim Epstein case was so long ago: 'This was not 1910' 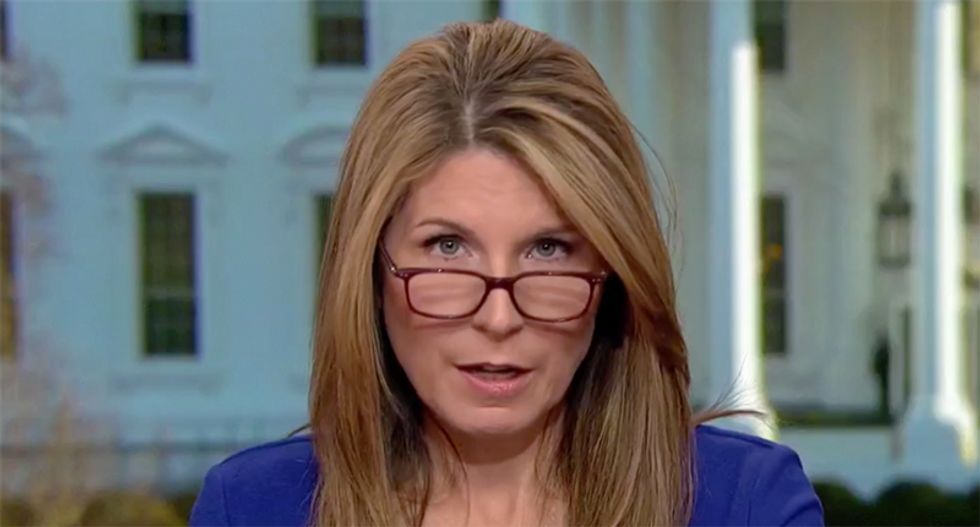 Labor Secretary Alex Acosta passed off his "sweetheart" deal for accused child molester Jeffrey Epstein as being part of a different time before today's era where victims were treated better. Both MSNBC host Nicolle Wallace and former federal prosecutor Joyce Vance noted that 2008 was not that long ago.

"This was not 1910," Wallace said at the top of her show Wednesday.

Vance concurred that sex trafficking and pedophilia have always been significant crimes, whether it was a decade ago or today.

"Federal prosecutors obligation to protect child victims wasn't any different in 2007 and 2008 than it is today," she said. "I'm sorry if Acosta felt like the case would have been difficult to prosecute. I know his office. It's a fine office. They take on hard cases and get convictions every day."

She went on to say this isn't a "garden variety case" where a conviction would be difficult. In fact, there were a lot of things that were not examined by Acosta that he could have put in evidence.

"There's no binary choice being made here," she continued. "If you don't have enough evidence of the face of these sorts of serious, credible allegations, you continue to investigate. So, when Acosta in the press conference today says how happy he is there's newly discovered evidence that permits the southern district of New York to prosecute Epstein, it's just appalling to hear that because that evidence was available, his investigators could have found it, he had local police investigators, he had the FBI. He simply cut the case off prematurely."

Vance continued: "And he frankly stared this case in the eye and blinked and walked away and let these victims down."