Mueller 'obviously has an opinion' on whether Trump is compromised by Russia: Counterintelligence expert 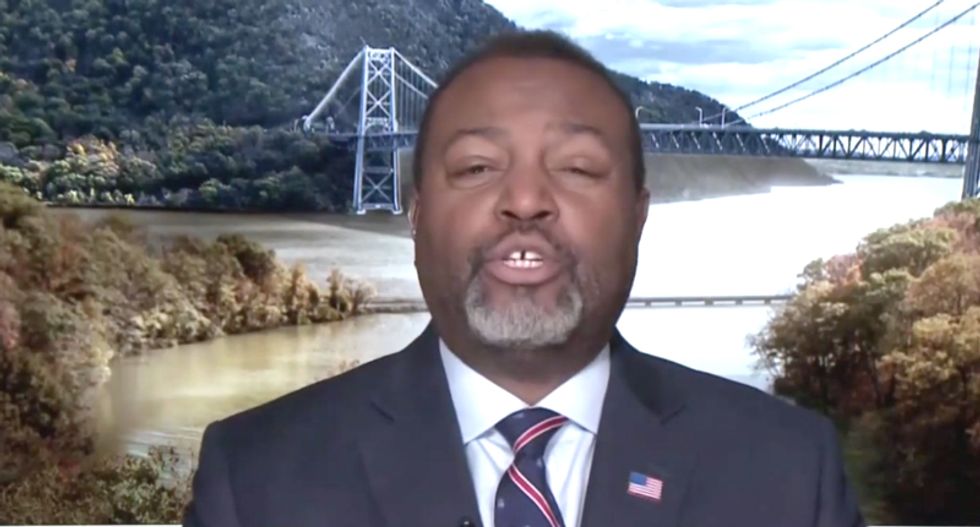 Special counsel Robert Mueller made the point Wednesday that President Donald Trump's comments about WikiLeaks were "problematic" to say the least.

"Problematic is`an understatement in terms of displays of -- giving some, I don’t know, hope or some boost to what is and should be illegal activity," Mueller said of the president's pleas and praise of the website.

Counterintelligence analyst Malcolm Nance explained that three years ago "and one day, today, Wikileaks was the leading edge of an attack on the United States of America."

"And Robert Mueller recognized that Donald Trump’s amplification, praise of WikiLeaks, and encouragement within his campaign using people who were in communications with them -- knowing that this was already popularly called in media a Russian intelligence operation -- that he didn’t care and that his actions were unpatriotic and certainly they didn’t fall in the realm of criminality within this probe, but certainly not something any American should engage in," Nance said.

MSNBC host Ari Melber said that Mueller strikes him as a person who doesn't care about either side or if it helps or hurts Democrats or Republicans, he simply wants answers. His major concern that he appeared to be animated over was that Russia attacked the United States and that they're "doing it as we sit here."

Nance explained that the one thing Americans still don't know is the extent of the counterintelligence operation because it's still an ongoing investigation.

"The reason that a lot of questions weren’t answered today, and I saw them, they were black holes, as we call in the intelligence community," Nance continued. "Information that should be there, all the gravity’s moving towards it, and we're not seeing that answer. Like the discussion about Professor Joseph Mifsud. Mueller didn’t want to touch that because out there there is this is FBI apparatus that is still hunting spies or suspected spies within this investigation."

Nance said that Mueller was likely animated about it because these are "very real threats to the United States" and they "can actually hurt us."

"He was hobbled on the legal side," Nance said. "There was only so much he could do. He’s institutionalist, he played to that institution with regards to the OLC memo but with regards to counterintelligence, he doesn’t want to talk about it. He wants the national security division of the FBI to start breaking up plots which we may never hear about."

He went on to explain that there were a great number of things Mueller did not do as part of his investigation. Most importantly, Mueller was not investigating whether Trump is compromised by Russia in any way, either financially or personally.

"But he obviously has an opinion about it, because that would go to all of the things which were alleged here and as he mentioned in part 2 of the report, why he would lie about it and obstruct justice when it was not under his purview," Nance closed.