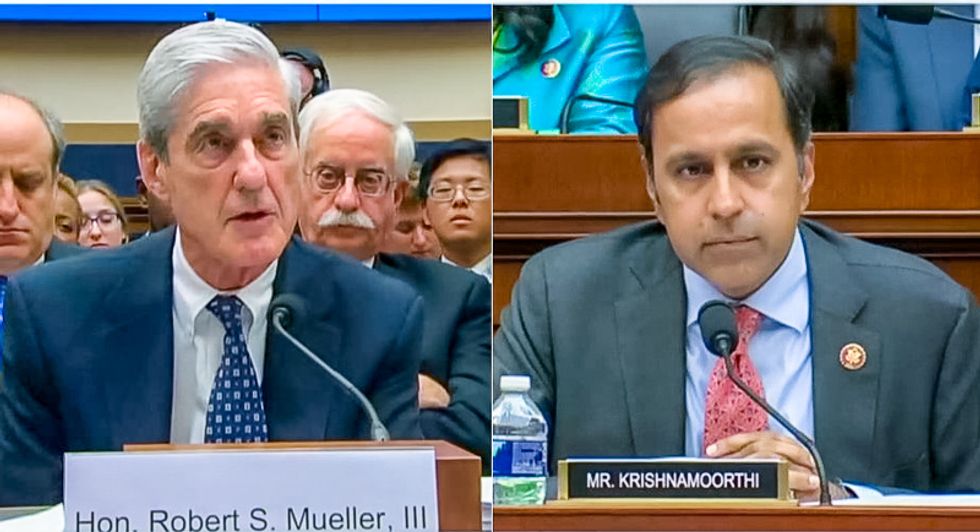 Former special counsel Robert Mueller revealed on Wednesday that the FBI is "currently" investigating associates of President Donald Trump who are vulnerable to blackmail from the Russian government.

"Since it was outside your purview, your report did not reach counter intelligence conclusions regarding any Trump administration officials who might potentially be vulnerable to compromise or blackmail by Russia, correct?" Krishnamoorthi asked.

"Those decisions probably were made [by the] the FBI," Mueller confirmed.

"I’d like to turn your attention to counter intelligence risks associated with lying," Krishnamoorthi continued. "Individuals can be subject to blackmail if they lie about their interactions with foreign countries, correct?"

Krishnamoorthi noted that former National Security Adviser Michael Flynn had been charged with lying about his contacts with Russia.

"Since it was outside the purview of your investigation, your report did not address how Flynn’s false statements could pose a national security risk because the Russians knew the falsity of those statements, right?" the congressman wondered.

"I cannot get into that mainly because there’s many elements of the FBI that are looking at different aspects of that issue," Mueller replied.