Mueller: Trump gave 'a boost to illegal activity' when he promoted WikiLeaks' theft of Clinton emails 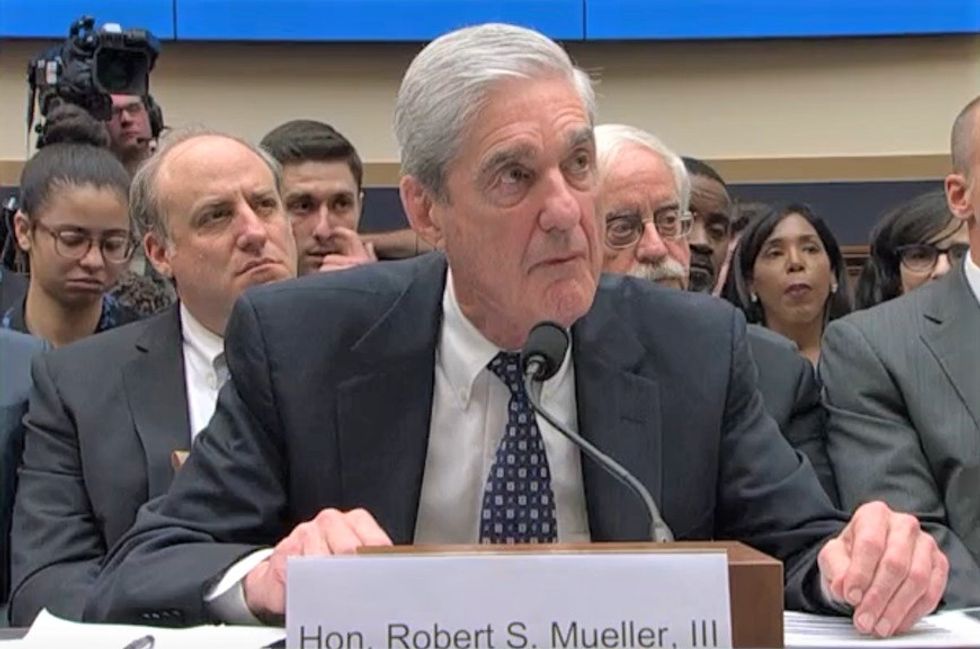 Former special counsel Robert Mueller on Wednesday mostly avoided making value judgments about President Donald Trump and his campaign's behavior during the 2016 election, and instead would only comment upon the legality of their actions.

That changed, however, when Mueller was asked by Rep. Mike Quigley (D-IL) about Trump's enthusiastic promotion of WikiLeaks during the 2016 campaign during a crucial stretch in which it regularly released hacked emails that were stolen from Hillary Clinton's campaign.

After reading a series of Trump tweets encouraging his followers to go read the stolen Clinton campaign emails, Quigley asked Mueller if he was "disturbed" by any of those quotes.

"Problematic is an understatement in terms of what it displays," Mueller replied regarding Trump's actions. "In terms of giving some, I don't know, some hope or some boost to what is and should be illegal activity."