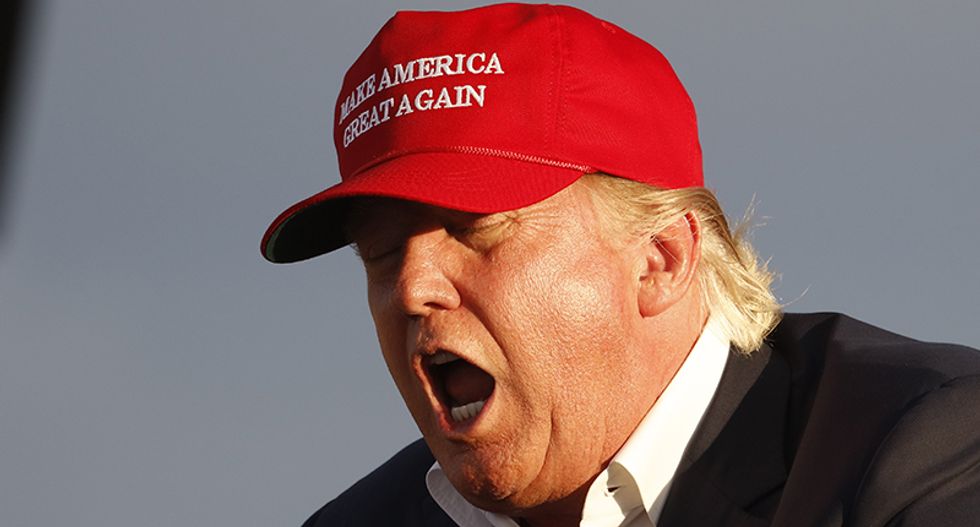 An MSNBC law enforcement analyst warned of President Donald Trump inciting violence with his racist targeting of women of color in Congress.

"So those threats beginning about two years ago, increases in white nationalist activity. Have you ever heard of these kinds of increases in hate and potential hate crimes being tied to a president of the United States?" Reid asked.

"You know, when you get more power, your words carry more weight. When you get into this undercurrent of the Nazis and the white nationalists and the klansmen, they feed off of this. They feed off of public figures -- on the regular media, in the government, congressmen, senators, the president -- saying the things they always say," he explained. "It bolsters them. It gives them strength and power."

He noted there have been calls for the murder of lawmakers in the last 30 to 40 days.

"They need to take this on now, because the hate groups are out there, they’re active and foaming at the mouth," Cavanaugh warned.

"It’s a political rally, it shouldn’t be akin to a Klan rally, where we're yelling that people should 'Go Back,' -- that's what you hear at a Klan march," he added.