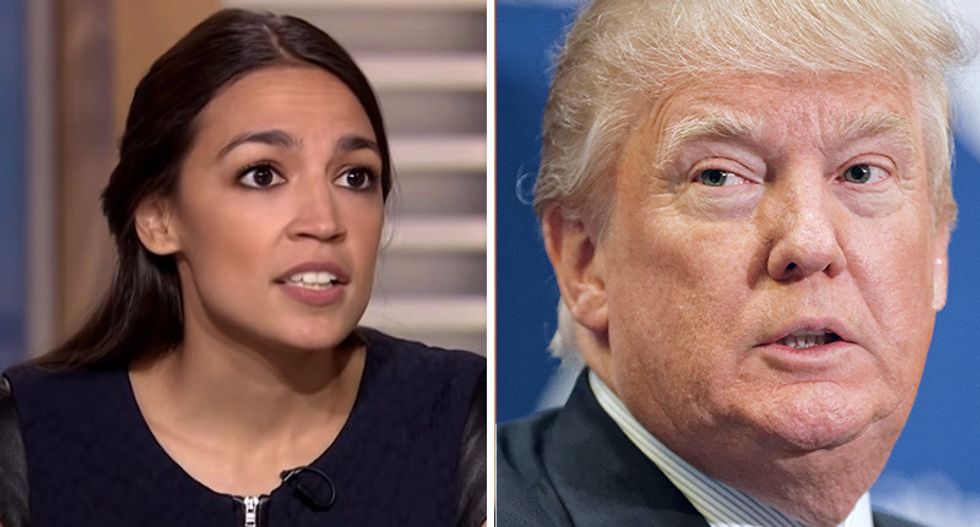 Whatever historical value the story of Eva Perón had seemed to have been missed by President Donald Trump, according to a new book by Politico reporter Tim Alberta.

American Carnage: On the Front Lines of the Republican Civil War, is set to be released next week but excerpts are already being released, one of which quotes Trump comparing Rep. Alexandria Ocasio-Cortez (D-NY) to the late first lady of Argentina.

As an excerpt in The Guardian quoted, Trump claimed that he first saw the freshman congresswoman “ranting and raving like a lunatic on a street corner.” He announced that he thinks "she knows nothing," but then said that she must have "a certain talent."

Perón was an actress who married politician Juan Perón. She ran into conflict with the wealthy establishment and upper classes with her overwhelming support for working people.

"I see a young woman, ranting and raving like a lunatic on a street corner, and I said: 'That's interesting, go back,'" Trump recalled in the book.

Alberta wrote that Trump "became enamored" and "starstruck" by Ocasio-Cortez.

Interestingly, Trump has seen the Andrew Lloyd Webber musical six times, the book said. So, either he meant the comment as a compliment, or he's forgotten that Perón became the voice of the people.

Sunday afternoon, Ocasio-Cortez commented about the story in a series of tweets:

"Evita Perón," she wrote: "I know that, like every woman of the people, I have more strength than I appear to have."

She went on: "I had watched for many years and seen how a few rich families held much of Argentina's wealth and power in their hands. So the government brought in an eight-hour working day, sickness pay and fair wages to give poor workers a fair go."