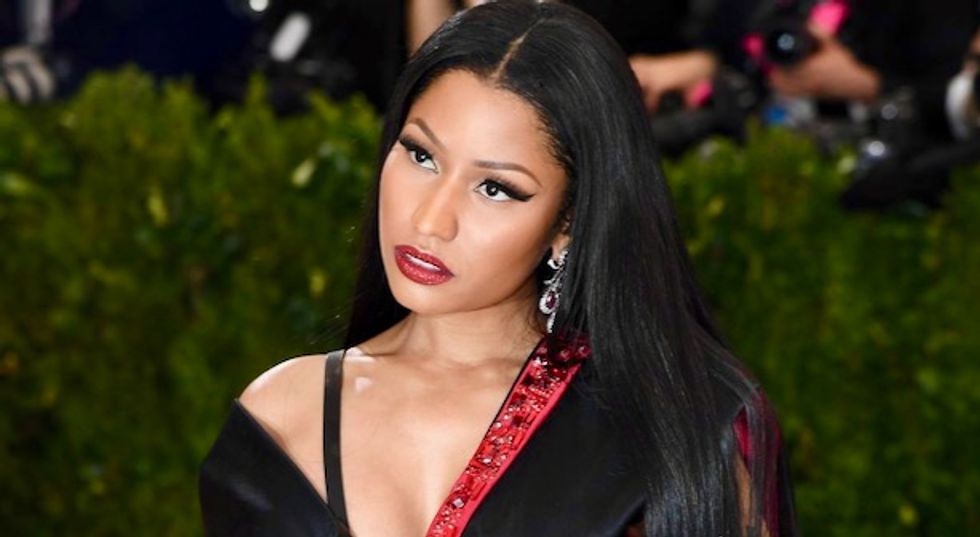 Nicki Minaj has canceled a performance in Saudi Arabia in a show of support for women's and gay rights in the ultra-conservative kingdom, the US rapper said Tuesday.

Minaj's scheduled appearance in the western city of Jeddah next week as part of a cultural festival had triggered a social media backlash over human rights in the country.

"After careful reflection I have decided to no longer move forward with my scheduled concert at Jeddah World Fest," Minaj said in a statement sent to AFP by her publicist.

"While I want nothing more than to bring my show to fans in Saudi Arabia, after better educating myself on the issues, I believe it is important for me to make clear my support for the rights of women, the LGBTQ community and freedom of expression."

Minaj, known for her profanity-laced lyrics and raunchy music videos, was due to perform as headline act of the festival -- to be televised globally on MTV -- as the kingdom loosens its decades-old restrictions on entertainment

The New York-based Human Rights Foundation on Friday wrote Minaj an open letter urging her to withdraw from the festival, calling on her to "refuse the regime's money" and use her global influence to demand the release of jailed Saudi women activists.

Amnesty International have described the Saudi human rights record as "abysmal," adding that the nation is in the "grip of a sweeping crackdown against critics of the government."

The festival in Saudi Arabia, which forbids alcohol and has a strict social code, comes as Crown Prince Mohammed bin Salman pursues a sweeping liberalization drive that has led to new cinemas, concerts and sporting extravaganzas.

The reform is seen by some as an attempt to blunt public frustration over an economic downturn and high youth unemployment.

Saudi Arabia is also moving to boost domestic spending on entertainment and tourism, as the kingdom has reeled from low oil prices.

While Saudi Arabia is yet to offer tourist visas, the country has fast-tracked electronic permits for international visitors to attend such festivals to further boost revenue.