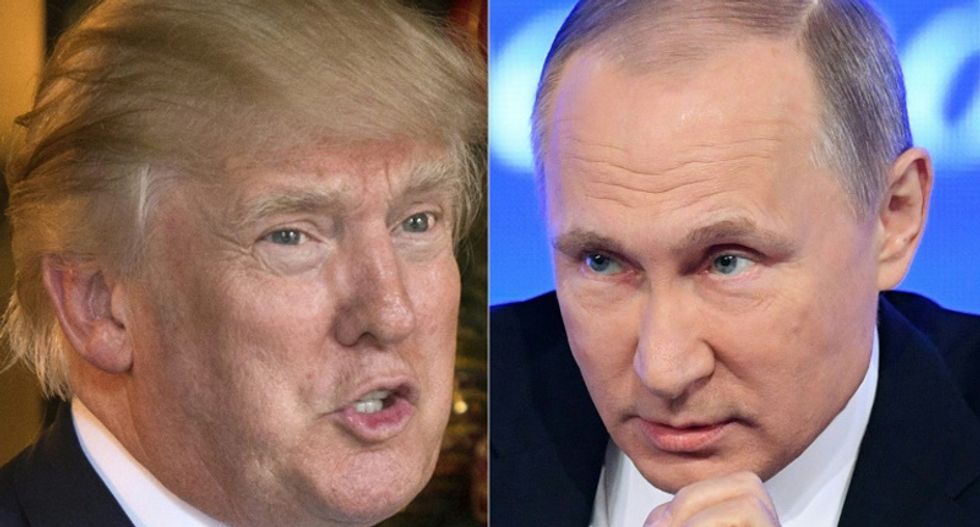 Its headlines look like they're written to please an audience of one.

It's been called an "obscure" pay-cable TV station, but One America News Network, which at time feels more like Fox News than Fox News, is President Donald Trump's new favorite news channel. It worked hard to get there, and as a 2017 Washington Post article noted its "taking ‘pro-Trump’ to new heights."

The President has noticed, occasionally tweeting out their stories.

"One of the on-air reporters at the 24-hour network is a Russian national on the payroll of the Kremlin’s official propaganda outlet, Sputnik."

Kristian Rouz, "originally from the Siberian city of Novosibirsk, has been living in San Diego, where OAN is based, since August 2017, reporting on US politics for the 24-hour news channel," The Daily Beast reports. "For all of that time he’s been simultaneously writing for Sputnik, a Kremlin-owned newswire that played a role in Russia’s 2016 election interference operation, according to an assessment by the U.S. intelligence community."

What kind of journalism does Rouz practice?

In one segment, Rouz amplified a thoroughly debunked claim that Soros collaborated with the Nazis during World War II, when the Jewish philanthropist was 14 years old. Another Rouz story accused Soros of secretly funding migrant caravans.

Former FBI Special Agent Clint Watts, who served on the Joint Terrorism Task Force and has testified before Congress, weighed in.

“This completes the merger between Russian state-sponsored propaganda and American conservative media,” Watts, now a research fellow at the Foreign Policy Research Institute, told The Daily Beast. “We used to think of it as, ‘They just have the same views’ or, ‘They use the same story leads.’ But now they have the same personnel.”