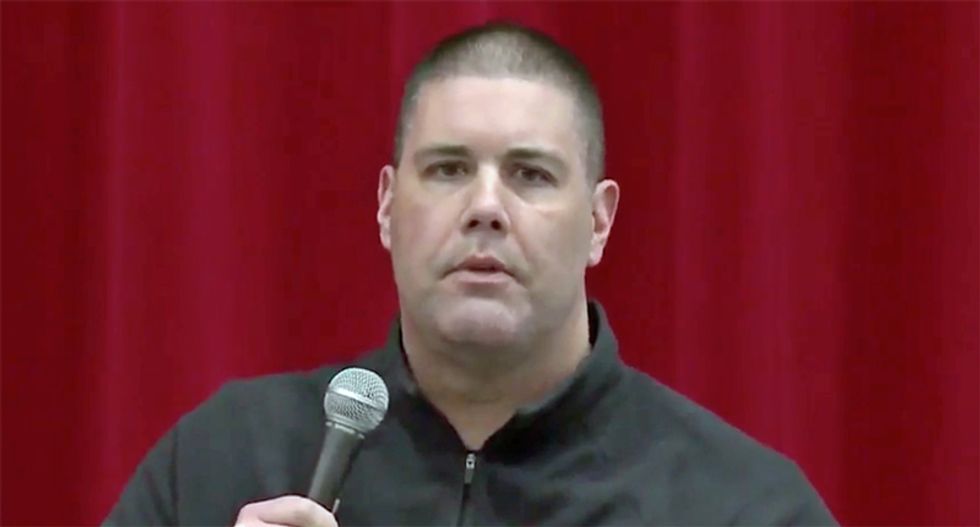 The White House abruptly canceled a planned trip to New Hampshire to prevent Vice President Mike Pence from being seen with somebody about to be busted for interstate drug trafficking of fentanyl, Politico reported Monday.

"Among the problems was a federal law enforcement probe involving individuals Pence would likely encounter, according to a law enforcement official briefed on the incident. If Pence stepped off the vice presidential aircraft, one of the people he would have seen on the ground was under investigation by the Drug Enforcement Administration for moving more than $100,000 of fentanyl from Massachusetts to New Hampshire," Politico reported.

Former New York Giants player Jeff Hatch agreed to plead guilty to federal drug trafficking charges and is now facing up to four years in prison and a $250,000 fine.

"Federal court documents released Friday said Hatch was caught in 2017 with 1,500 grams of fentanyl. A baggie of the drug sold on the streets of New Hampshire is usually about one-tenth of a gram," Politico reported.

Over 500 people a year are dying in New Hampshire's opioid crisis.