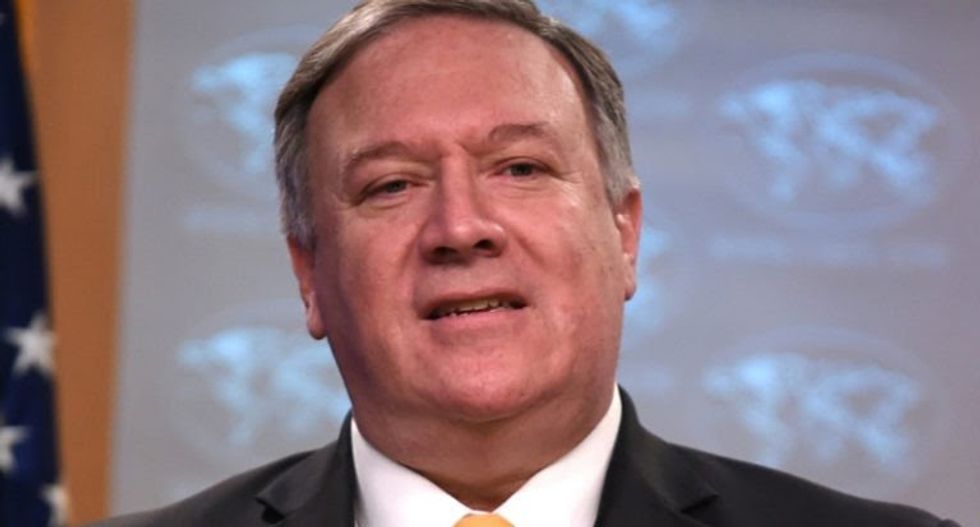 Charging that human rights advocates have deviated from their original purpose, Secretary of State Mike Pompeo on Monday named a staunch abortion opponent to lead a new panel to set the US direction.

Pompeo, an evangelical Christian who often speaks of his faith, announced the creation of a State Department commission on "unalienable rights" to look at how the United States advocates human rights.

Quoting Czech anti-communist icon Vaclav Havel as saying that "words like rights can be used for good or evil," Pompeo said that the panel will "revisit the most basic of questions -- what does it mean to say, or claim, that something is in fact a human right?"

"It's a sad commentary on our times that more than 70 years after the Universal Declaration of Human Rights, gross violations continue throughout the world, sometimes even in the name of human rights," Pompeo said without elaborating.

"International institutions, designed and built to protect human rights, have drifted from their original mission as human rights claims have proliferated," he said.

Pompeo named as head of the commission Mary Ann Glendon, a Harvard Law professor under whom he studied who is one of the intellectual leaders of the anti-abortion movement.

President Donald Trump's administration has downplayed human rights, using it as a cudgel against adversaries such as China, Iran and Cuba but treading lightly with US allies such as Saudi Arabia and Egypt.

Some US conservatives take issue with mainstream human rights groups, faulting their advocacy of issues such as women's reproductive health, gay rights and income equality.

Conservative thinkers instead speak of God-given rights and "natural law," a philosophy led by thinkers such as the late Germain Grisez who argued that contraceptives went against the "procreative good."

Glendon represented the Vatican at the 1995 UN conference on women in Beijing -- where then US first lady Hillary Clinton, later secretary of state, gave a landmark speech in which she declared "women's rights are human rights."

"Much of the foundation money that swirled around the Beijing process was aimed at forging a link between development aid and programs that pressure poor women into abortion, sterilization and use of risky contraceptive methods," she later wrote in the conservative religious journal First Things.

Pompeo's panel is not without diverse voices. It includes Katrina Lantos Swett, a Democrat who has worked to preserve the legacy of her father, late congressman Tom Lantos, an outspoken critic of oppressive regimes.