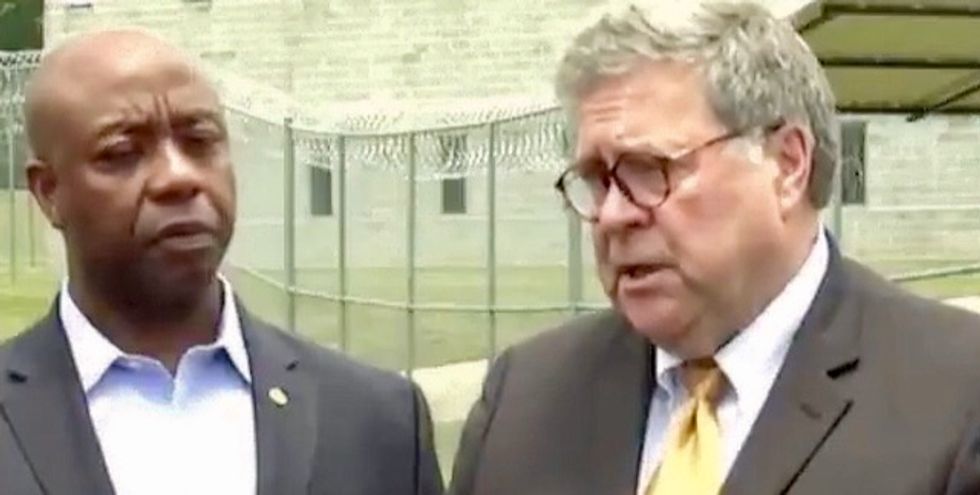 One of the nation's most prominent progressive pastors and political activists is blasting Republican U.S. Senator Tim Scott of South Carolina for literally standing with Bill Barr as the Attorney General announced what is being reported as a "work-around" to defy the U.S Supreme Court's ruling on adding a citizenship question to the 2020 Census.

Rev. Dr. William J. Barber II took Senator Scott to task via Twitter, noting the South Carolina Republican is "a descendent of slaves." Under the U.S. Constitution slaves were not counted as what the founding document calls "whole persons." Rev. Barber called Senator Scott's silence a "shame" and a "disgrace" for not standing up to the Attorney General.

The point of asking the citizenship question is to make undocumented immigrants and minorities afraid to respond to the Census, thus undercounting them. One GOP strategist known as the "father of gerrymandering" came up with the idea, and admitted the goal was to benefit white Republicans.

President Donald Trump has admitted that his "number one" reason for wanting to add the citizenship question is for the redrawing of congressional districts.

Senator Scott stood alongside the AG as they spoke with reporters Monday about a variety of topics, including the upcoming testimony of former Special Counsel Robert Mueller: