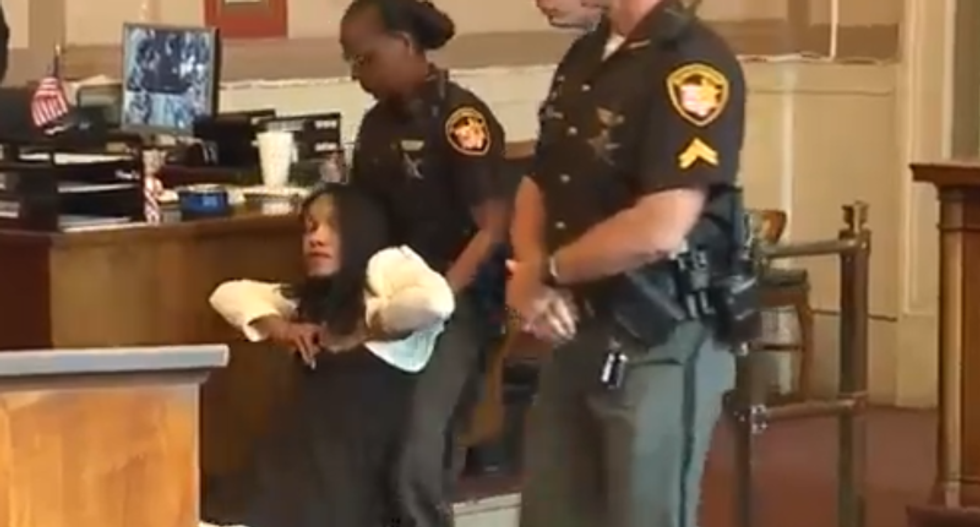 The case of Hunter, who was originally charged in 2014, has become a controversial one, with civil rights activists accusing Dinkelacker of racial bias in the vindictive way he has conducted the case and noting that Hunter has already been punished enough administratively for the relatively minor offense. Activists flooded Dinkelacker with angry postcards, including some reminding him of an incident in which he struck and killed a pedestrian with his car. Mayor John Cranley himself sent Dinkelacker a letter urging him to show mercy, and even Ohio Gov. Mike DeWine has suggested he will consider commuting her sentence.

Attendees of the protest in Dinkelacker's neighborhood, which included Cincinnati NAACP first vice president Joe Mallory and Ohio state Sen. Cecil Thomas, chanted "Hey, hey, ho, ho, this racist judge has to go," "Black lives matter," and "No, justice, no peace." Dinkelacker, for his part, angrily denies there was any racist intent in how he conducted the review of Hunter's case.

Watch Mallory explain the reason for the protest below: