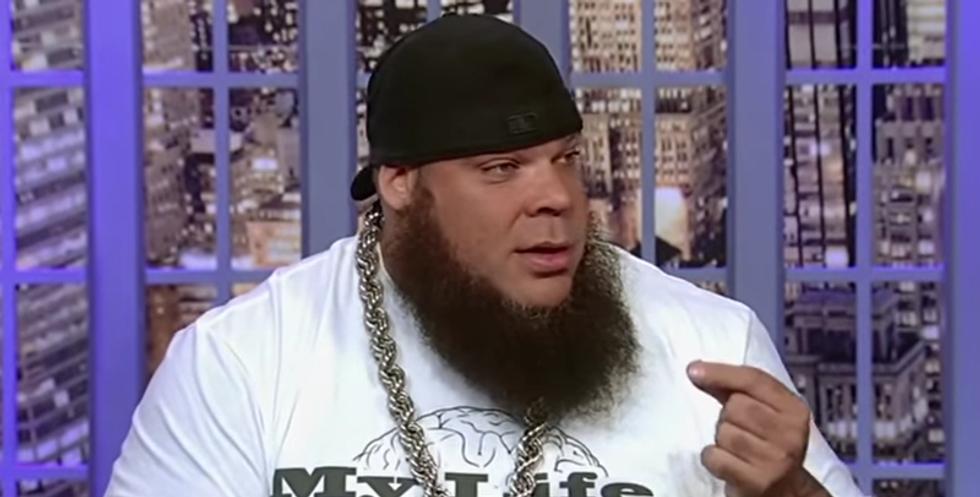 Fox News is facing yet another sexual harassment scandal after a Fox Nation personality reportedly sent lewd text messages to his co-host.

"Tyrus, a Fox News contributor and a host on the network’s digital channel, Fox Nation, sent lewd and inappropriate text messages to his now-former Fox Nation co-host, Britt McHenry, according to four sources familiar with the texts’ contents," the Huffington Post reported Thursday.

“Just pull your boobs out now why don’t you. Just grin and bare it," one message reportedly said.

"Keep being negative and I’ll send you another dick pic," another threatened.

"“I love the fact your always working if we ever had sex I feel like after an orgazzum you say speaking of feeling good did see the story on the puppy rescue we should do a segment on it hand me my phone," another said.

"Fox News said it has conducted an investigation into the allegations, and the matter is resolved. But the messages reveal unquestionable examples of inappropriate workplace behavior," the Huffington Post reported. "A Fox News spokesperson declined to comment. Tyrus did not immediately respond to a direct message on Twitter."