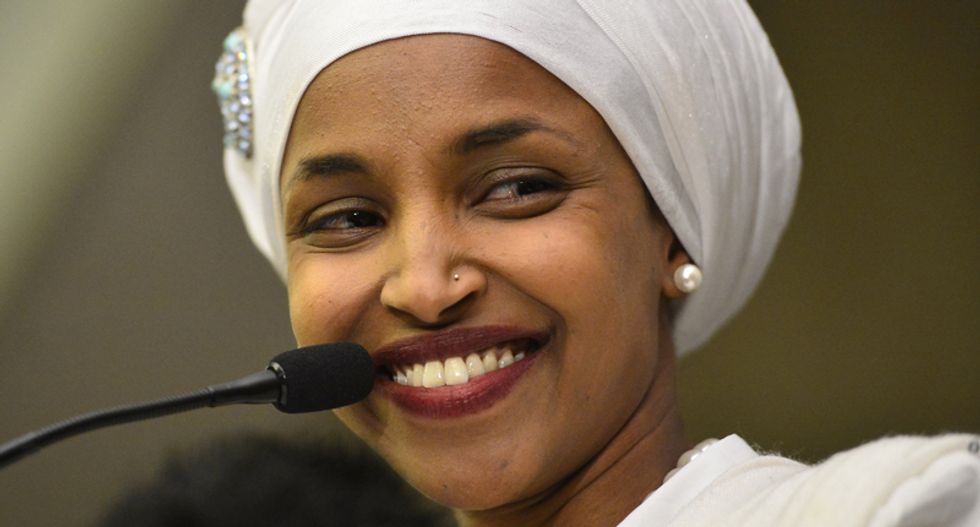 At the press conference for the four Democratic congresswomen President Donald Trump told to 'go back where they came from,' Rep. Ilhan Omar (D-MN) hit upon one of the most galling aspects of the situation: Trump is attacking them, on a fundamental level, for one of the very things he promised voters he would do as president.

"Every single statement that we make is from a place of extreme love for every single person in this country," said Omar, who was accompanied by Reps. Alexandria Ocasio-Cortez (D-NY), Rashida Tlaib (D-MI), and Ayanna Pressley (D-MA). "It is part of the mandate of why we ran for office and why we got elected."

"Now when people say, 'if you say a negative thing about the policies in this country you hate this country,'" continued Omar, "To me, it sort of speaks to the hypocrisy, and Alex and I were talking about this, when this president ran and until today, he talked about everything that was wrong in this country. And how he was going to make it great. And so for him to condemn us and to say we are un-American for wanting to work hard to make this country be the country we all deserve to live in, it is complete hypocrisy."