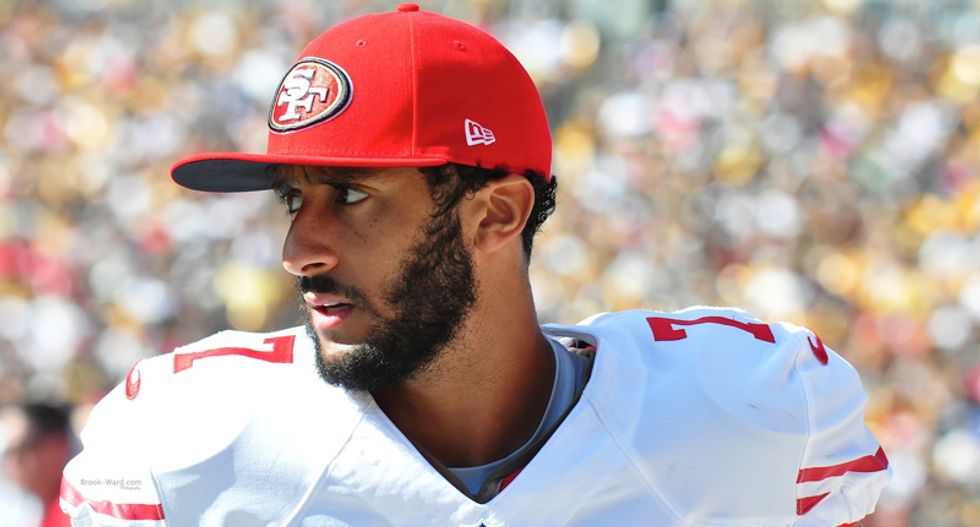 The congressional arm of the Republican Party was caught posting a racist meme of NFL player Colin Kaepernick, and when asked about it, they got caught in a lie.

“House Republicans are running on racism, plain and simple. It’s disgusting, it’s offensive and it should be fireable, but there’s no accountability in the Republican Party,” a Democratic operative said.

When given the opportunity to clean up the public relations disaster, the NRCC then lied about it.

The problem is that the original photo compared to the meme, clearly shows otherwise.

Read the full reporter from Walker at Yahoo News.