Rick Scott falls apart when asked to condemn Trump's racist attack on Cummings: 'I didn't do the tweet' 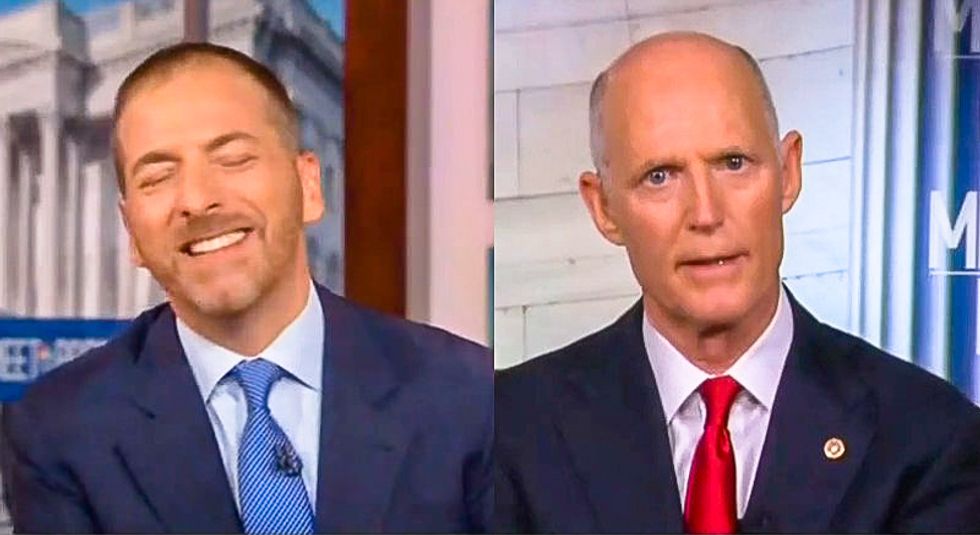 While speaking to Scott on NBC's Meet the Press on Sunday, host Chuck Todd noted that Trump had recently referred to Cummings' affluent district as "rodent infested."

"He's done it multiple times this month alone," Todd said of the racist attacks. "He obviously thinks this is good politics."

"Do you think it's good politics inside the Republican Party?" the NBC host asked Scott.

"Let's look at why he did it," Scott replied. "Cummings sat there and attacked our border patrol agents."

"That justifies a racial resentment tweet in response?" Todd pressed. "Is that presidential leadership?"

"Look, I -- I didn't do the tweet," Scott stuttered. "I can't talk about why he did what he did. But I'm disappointed in people like Congressman Cummings."