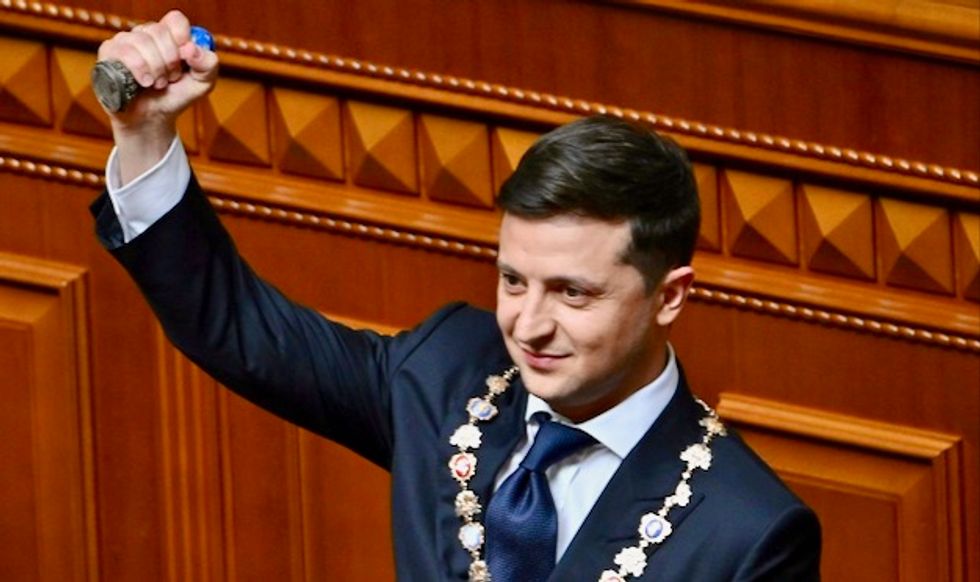 Ukraine on Thursday seized a Russian tanker it said was used in a naval confrontation last November amid sensitive prisoner swap talks between the two countries who have been at loggerheads since 2014.

Kiev's SBU security service said it stopped the tanker, the Neyma, as it entered the port of Izmail in the southern Odessa region. Investigators seized documents onboard and questioned crew members, an SBU statement said.

Moscow responded by threatening Kiev with unspecified "consequences" although it later confirmed the tanker crew had been released without charge.

The ex-Soviet neighbours have been caught up in hostilities since 2014 when Moscow annexed Crimea and supported an insurgency in eastern Ukraine. Some 13,000 people have been killed in the conflict.

Russia has held 24 Ukrainian sailors since it seized three Ukrainian vessels in the November confrontation -- the most dangerous clash between the two countries in years.

Following the tanker seizure Thursday, a representative of the Russian foreign ministry told AFP that Moscow was "looking into what happened to take appropriate measures."

Later on Thursday, Russia's foreign ministry confirmed to AFP that the 10 Russian tanker crew members had left Ukrainian territory and would soon be in Russia.

In a new statement, the SBU said the ten sailors had been released because they had not violated Ukrainian and international law.

Ukraine "scrupulously respects the international law of the sea and the decisions of the UN tribunal on the law of the sea," the Ukrainian security services said.

"The crew is headed home... the vessel is in Izmail," said Russian embassy spokesman Denis Golenko to Interfax news agency.

According to the SBU, the tanker participated in an operation by Russia to seize the three Ukrainian vessels off Crimea last November. The Neyma had changed its name painted on the hull to "conceal its involvement in the act of aggression," it said.

The SBU released a video showing Ukrainian officials on the tanker, which had a Russian flag on it.

Ukrainian analyst Sergiy Solodky told AFP that the move likely took Russia by surprise, saying Moscow had hoped for Kiev to have a softer position on Russia after Zelensky took office in May.

"This will provoke an angry reaction from the Russian leadership," he said.

Last week Russia prolonged the detention of the 24 Ukrainian sailors, who remain imprisoned in Moscow.

The International Tribunal for the Law of the Sea, a UN-established organisation overseeing maritime disputes based in Hamburg, has urged Russia to release the sailors and return them to Ukraine.

Moscow has accused the sailors of violating its maritime borders.