Schumer: If Trump can't handle a little criticism from Fox News then 'he doesn't deserve to be president' 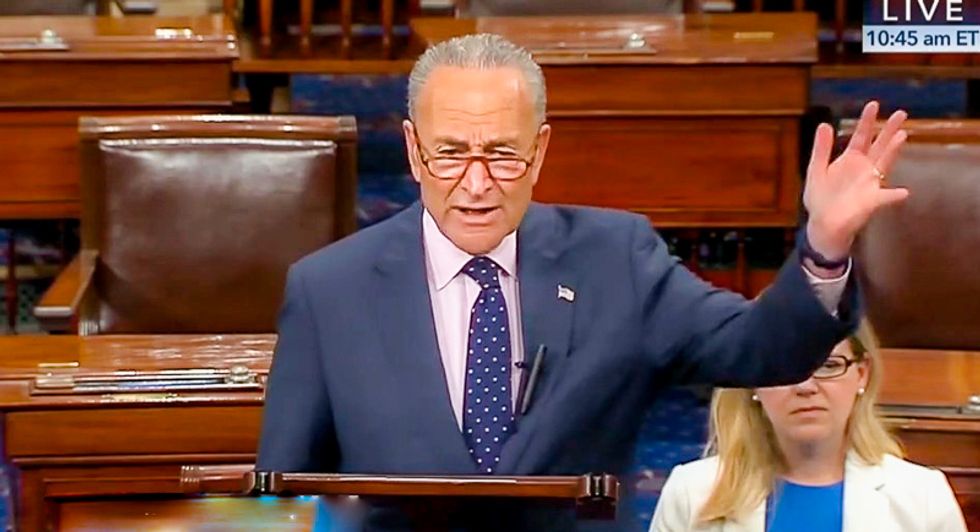 In a speech on the Senate floor, Schumer noted that Trump recently lashed out at Fox News soon after the conservative network aired World Cup viewers chanting "f*ck Trump."

"I just felt it was important to point President Trump amazingly attacked Fox News in the last few days in a series of Tweets for coverage he viewed as unfavorable to his administration," Schumer said. "This is Fox News, a news outlet that frankly is 90% or more on the president’s side. Their most popular shows seem to just be cheerleaders for President Trump."

Schumer argued that Fox News is the "most biased" major news channel.

"And yet when President Trump hears a small dissident from Fox News, now he attacks it," the minority leader continued. "What kind of thin skin does this man have? What kind of thin skin? It’s worse than his thin skin. When a president can attack a news organization overwhelmingly friendly to him, with some of his leading advocates getting primetime space — some of them go to his rallies — it shows he really doesn’t believe in freedom of the press."

"Dictators try to shut down the press when they speak truth to power," Schumer remarked. "And when President Trump can even attack Fox News because once in a blue moon it says something he doesn’t like, that shows he doesn’t deserve to be president because a president can protect our liberties whether he’s under fire or not."