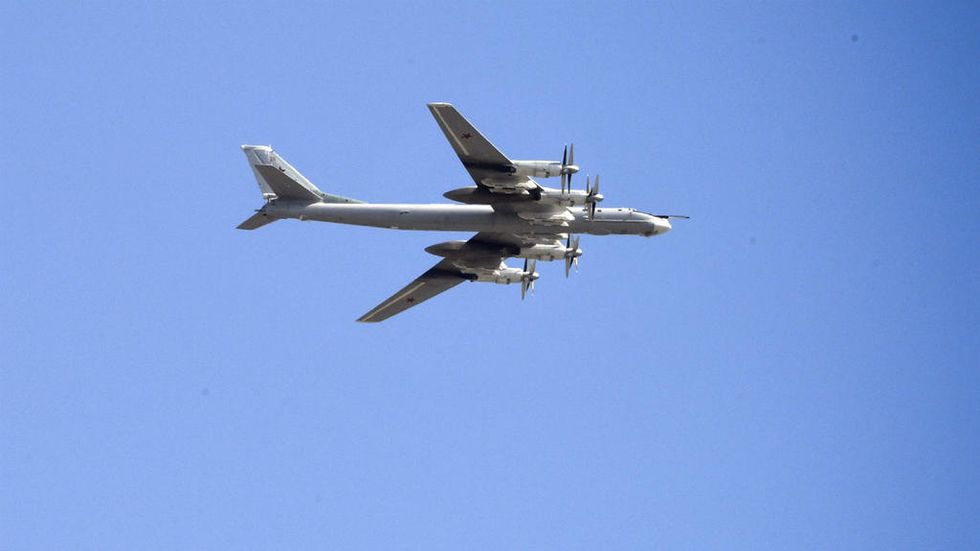 South Korean fighter jets fired nearly 400 warning shots at a Russian military aircraft on Tuesday after it violated the country's airspace, with Seoul warning of a far stronger reaction if a breach reoccurs.

Moscow denied any of its military aircraft had violated South Korean airspace, saying its planes had carried out planned drills over international waters.

But Seoul said a warplane entered South Korean airspace near the disputed Dokdo islets -- which are also claimed by Japan -- the first such violation since Korean War hostilities ended in 1953.

National Security Advisor Chung Eui-yong warned of serious consequences if such a violation happened again in a message to the secretary of the Security Council of Russia, South Korea's presidential Blue House spokeswoman said.

"We are assessing this incident in a very grave manner and will take a much tougher measure if it happens again," Chung said, according to the Blue House spokeswoman.

"I request Russia's Security Council to assess the situation and take necessary measures."

Moscow insisted nothing untoward had happened.

"Two Tu-95 strategic bombers of Russia's aerospace forces carried out a planned flight in the airspace above the neutral waters of the Sea of Japan," the Russian foreign ministry said in a statement.

It returned half an hour later, staying in South Korean airspace for four minutes, the military said.

South Korea responded by sending F-15K and KF-16 fighters, which first issued warnings and fired flares. They fired 80 warning shots at the plane during the first breach, and 280 rounds during the second, a military official told AFP.

At one point, the South Korean and Russian warplanes were just one kilometre apart, the official added.

The Russian plane "didn't appear to have hostile intention" during the manuevers, the military official said, as it flew "at constant speed and direction".

He added that more investigation is required to determine the motives for the breaches.