Speaker Nancy Pelosi is still not ready to impeach: 'We still have some outstanding matters in the courts' 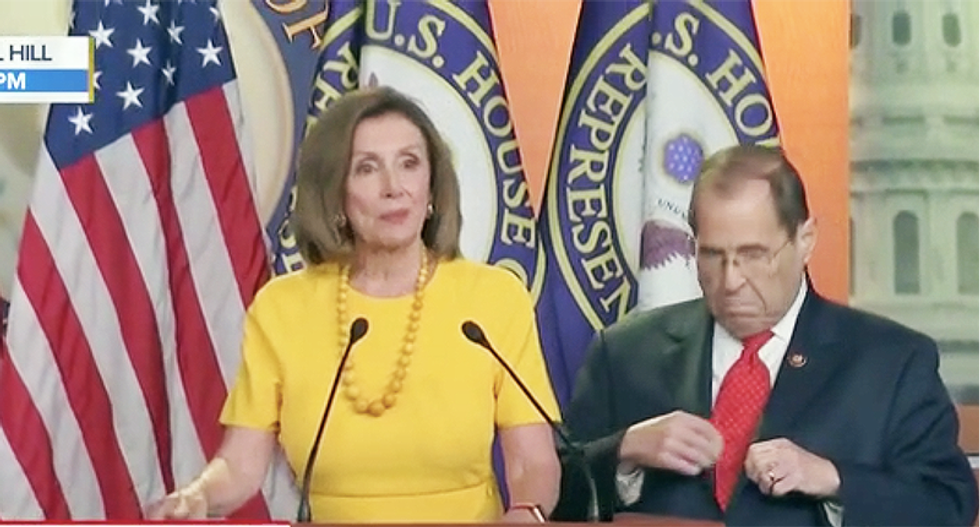 House Speaker Nancy Pelosi revealed at a press conference Wednesday that she still isn't prepared to pass articles of impeachment.

After a day's worth of testimony from special counsel Robert Mueller, Pelosi said that there are still "some outstanding matters in the courts" she wants to see before making any decisions moving forward.

The matter of President Donald Trump's taxes is still working its way through the court system and it's possible Pelosi wants to set a precedent that Democrats exhausted all possible avenues before voting for impeachment.

“My position has always been whatever decision we made in that regard would have to be done with our strongest possible hand, and we still have some outstanding matters in the courts,” Pelosi said.

She also shot back at a reporter who asked about impeachment, implying she was afraid of Mitch McConnell. She clarified that she's not.

It's the first time Pelosi has sounded as if the matter of impeachment is not "if" but "when," noted reporter Zach Ford.