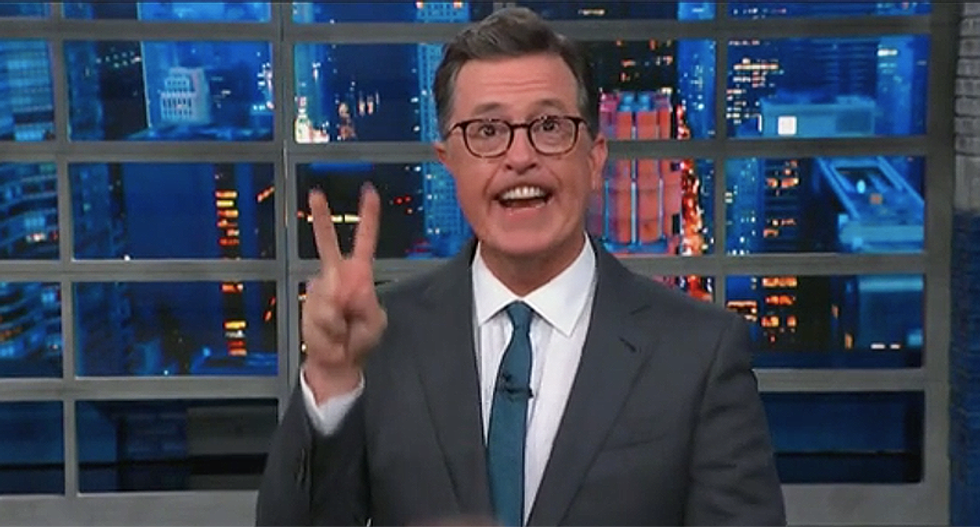 Stephen Colbert mocked Eric Trump so badly it has to be seen to be believed.

The moment came after Colbert played a clip of the young Trump child saying that 95 percent of the United States supports him, the camera cut to Colbert doing his Eric impression.

"I've got big gums, and I cannot lie," Colbert said. 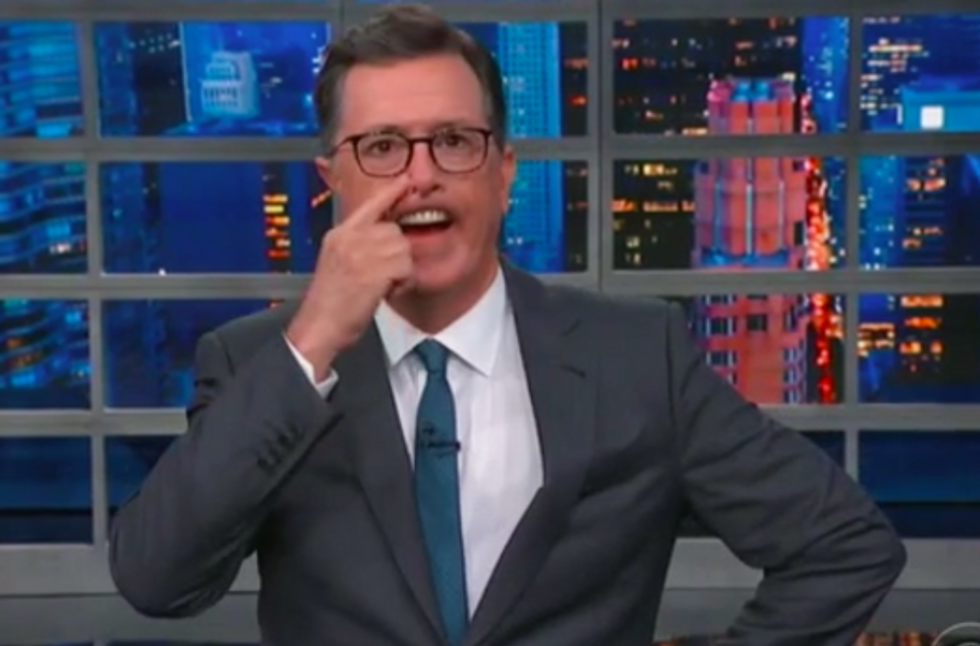 "Yeah, 95, guys, I'm tellin' ya," Colbert said, pretending to be Eric with his lips curled up.

"95 percent is behind my dad, okay? Okay, you better check my math, okay? He lost the popular vote," Colbert said, holding out one finger.

"Lowest approval rating of all time," Colbert continued holding up a second finger. "And -- It's a bunny! Hi, Mr. Bunny! Dad! Can I keep him? Wait, come back! Come back, Mr. Bunny!"

Colbert then revealed what happened to the young women that massaged Alan Dershowitz during a Jeffrey Epstein visit. Finally, he mocked the president for the awkward way he was dancing with the young women in the recently released NBC News video from the 1990s.

Watch the scene below: