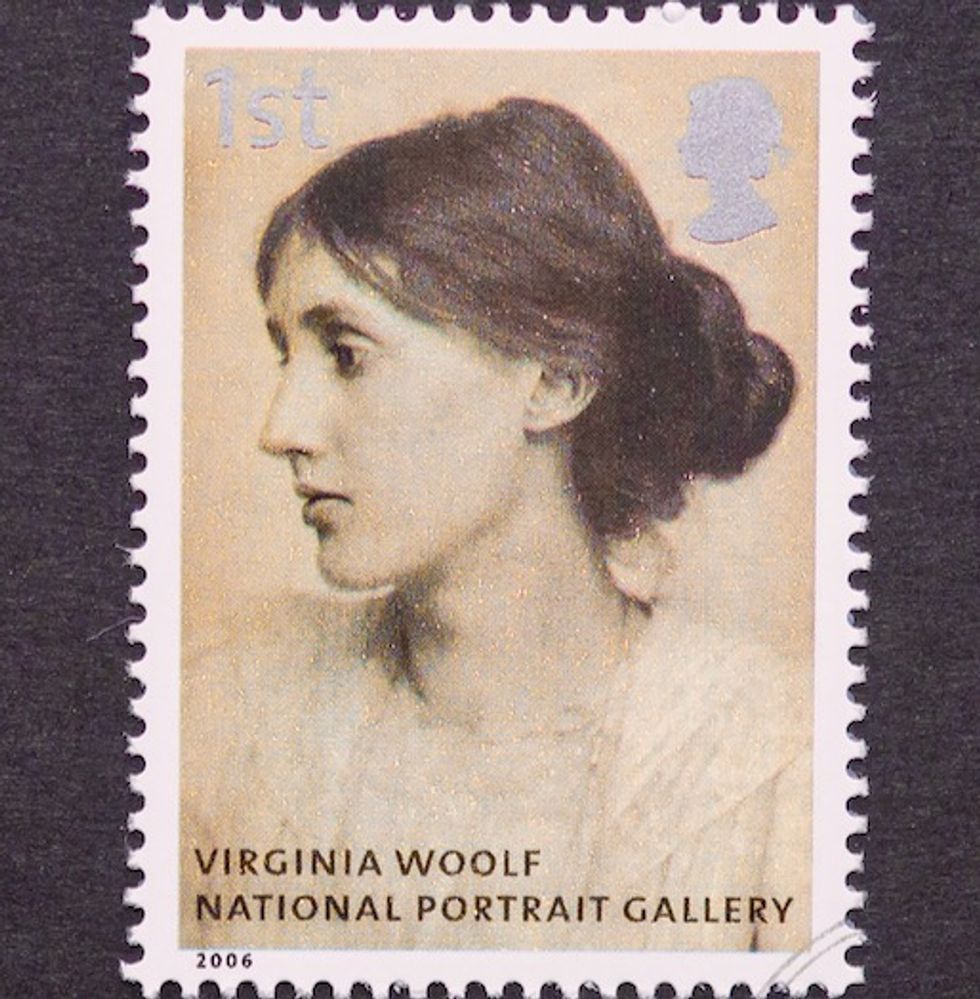 Their love shocked and scandalised the English upper classes -- two married women conducting an affair in front of their husbands.

What is more, the novel that came out of their tempestuous relationship changed literature forever.

Now a movie tells the story of novelist Virginia Woolf's all-consuming passion for her fellow writer and adventurer, Vita Sackville-West, who she immortalised as the gender shifting, time travelling hero of her masterpiece, "Orlando".

Which is why theirs is a romance for our gender fluid times, argues Chanya Button, the director of "Vita & Virginia".

The aristocratic and bohemian poet Sackville-West was already famous when Woolf met her in 1925, a bestselling writer and free spirit notorious for her bisexual relationships with a string of other blue-blooded socialites.

Despite her brilliance, Woolf was by contrast dogged by fragile mental health, tightly shepherded by her husband Leonard Woolf, with whom she had founded the Hogarth Press, which published the poet T. S. Eliot and the first English translations of Freud.

Yet when they came together there was a spark that pushed both on to create some of their very best work, Button told AFP.

British filmmaker Button said she wanted to make "an adult love story" about two women "in the chaos and intoxication of falling in love and negotiating that through their marriages.

"So many of the films about love I grew up with feel adolescent," she added. "They are all about the getting together.

"I wanted to make a mature love story, to explore how they lived the relationship in regard to their marriages. They were both women who broke all the rules -- in Virginia's case the whole form of the novel -- so I had to break the rules of period drama in my own small way.

"Period dramas are usually about a lovely chat in a lovely room. I tried to make it be about how it felt."

Button also paints a sympathetic portrait of the pair's husbands, the rather uptight political theorist Woolf and the debonair bisexual writer and diplomat Harold Nicolson.

"There are some historians who say that Leonard Woolf was very controlling. But I think he had an incredibly progressive approach to supporting her mental health.

"In order to remain healthy Virginia needed a particular routine and her husband was a huge part of that.

"As for Vita and Harold Nicolson, they loved each other so much. There was a long and great marriage," Button said.

"They both had needs and desires outside the confines of a heterosexual marriage and they let each other have the freedom to have those relationships. They had their open, unconventional marriages, but they had feelings about it. They weren't robots.

"Harold had struggles with the relationship with Virginia," and Leonard Woolf suffered too, as Button discovered when she read one of his letters.

"He talks about jealousy and says that he doesn't recognise it as an emotion. 'Wow!' I thought as I read it.

"If you need to know only one thing about a person, that is him," she added.

"You can understand how Vita was muse-like to Virginia because she was incredibly captivating and earthy, and her body was there for her in a way that Virginia's wasn't."

But their passion helped free her.

Vita's son, the writer Nigel Nicolson, later described Woolf's "Orlando" as "the longest and most charming love letter in literature".

Button used CGI in the film to reproduce "the moments when Virginia broke from reality", often prompted by Vita, when her mind walked the thin "boundary between vulnerability and creativity. She wobbles but she also has a brilliant idea," the director said, adding that she tried "to capture the full Technicolor" of the instances Woolf described, those "vulnerable moments sometimes we are most alive".

It's not the first time Virginia Woolf has been depicted on film. Nicole Kidman won a best actress Oscar for her portrayal of the groundbreaking novelist in the 2002 psychodrama "The Hours".