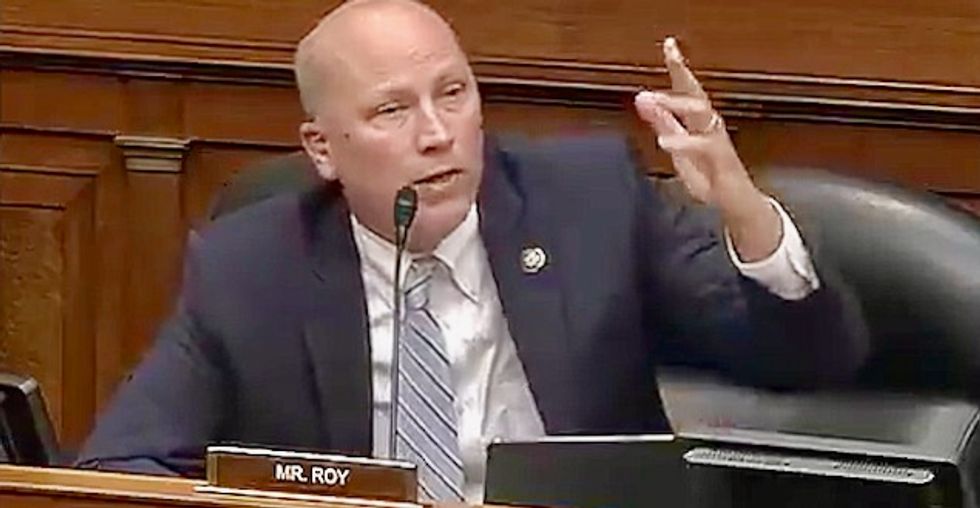 Rep. Chip Roy (R-TX) has advised President Donald Trump to "ignore" the U.S. Supreme Court's decision not to allow a citizenship question to be included in the next U.S. Census.

Roy made the remarks during a Twitter conversation about the decision to uphold a lower court's ruling that the citizenship question could not be included while a lawsuit against the move is being litigated.

"Very surprised that ⁦@realDonaldTrump⁩ surrendered without a battle on this issue," radio host Hugh Hewitt wrote.

"Completely unforced error," National Review columnist Dan McLaughlin agreed. "Court confirmed that Trump had the power to do this, if the Administration had handled it competently."

Roy, however, argued that Trump could simply "ignore" the high court's ruling.

"Absolutely," Roy said. "It’s the lawyers advising him. @realDonaldTrump should ignore them. Completely. Print the census with the question - and issue a statement explaining why - 'because we should.' Done."

For his part, the president has insisted that he intends to pursue the citizenship question even though his own officials have said that the Census will be printed without it.