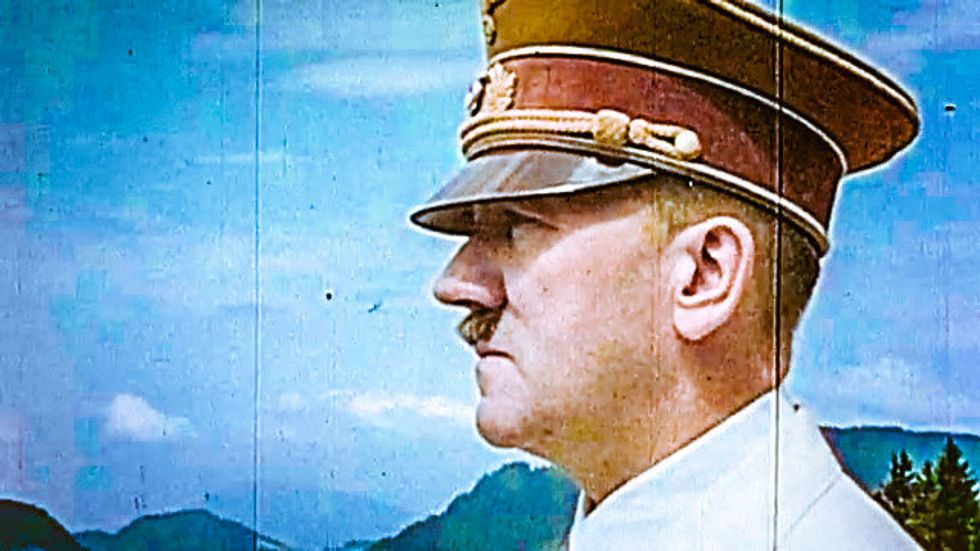 For almost 80 years, Britain has told itself – and the world – a powerful story about the country’s heroism during the dark days of World War Two. Newspapers, television and the cinema have portrayed the years between 1939 and 1945 as the country’s finest hours: the spirits of Dunkirk, the Blitz and a nation bonded by the rubrics of ‘Keep Calm and Carry On’, ‘Make Do and Mend’, are repeatedly invoked to create an enduring narrative of brave stoicism.

The files, quietly de-classified and released to the UK National Archives in the years between 2000 and 2018, show that more than seventy British men and women were convicted – mostly in secret trials – of working to help Nazi Germany win the war.  Additionally, hundreds of other British Fascists were interned without trial on detailed evidence that they were spying for, or working on behalf of, Germany.  Collectively, these men and women were part of a little-known Fifth Column Four. Two members were executed, whilst most of the others received lengthy prison sentences or were detained throughout the war.

If these men and women were, for the most part, lone wolves or members of small, localized networks, others were very much more dangerous. The de-classified Security Service files document three plots led by well-connected British Nazi leaders to launch a violent “fascist revolution”.

Undercover MI5 agents penetrated each of these conspiracies.  The reports they filed show that all three of the organisations were involved in espionage, spreading Nazi propaganda, illicit contact with Third Reich officials and, ultimately, plans for a armed coups d’état, which aimed to replace the elected British government with a pro-Nazi puppet regime, just as soon as German troops landed in England.

Each of the schemes reached its zenith during the nation’s ‘darkest hour’ - late spring and early summer of 1940 when Britain was bracing itself for invasion.  Their leaders – and many of their followers - belonged to the country’s traditional ruling classes: Parliament, the aristocracy and the military.  And yet, in marked contrast to the fate of the more lowly foot soldiers of British fascism, these well-connected traitors were never brought to trial for their crimes.  Instead they were either quietly interned for the duration of the war or – in the case of many of the most senior plotters – left entirely free.

The first conspiracy was led by Archibald Maule Ramsay, a sitting Conservative MP, who wanted “a civil war with shots fired in the streets”, and anticipated being made “Protector” of Scotland by a victorious Hitler.

With the invasion of Britain imminent, Ramsay’s Chief of Staff, Anna Wolkoff and a contact at the American Embassy, Tyler Kent, were caught sending British military and political secrets to Berlin.  The evidence showed that Ramsay and his aristocratic wife were knowingly involved in this conspiracy. MI5 wanted all of them charged, but only Wolkoff and Kent were ultimately tried and convicted; Wolkoff got 10 years in prison, Kent seven. The Director of Public Prosecutions decided that the Ramsays should not face court; instead Ramsay was interned for four years, but he retained his seat in the House of Commons and his MP’s salary – and he was allowed to carry on taking part in parliamentary business throughout. His wife was left entirely free, and continued to run their secret pro-Nazi organisation, The Right Club.

The names of its members were kept in a large red leather-bound ledger. Throughout the war MPs made formal requests to the Home Secretary for it to be published.  He refused on the grounds that it was: “not in the public interest [and] I do not propose to give any indication of what names there are, or are not, on this list.” That ledger remained under official wraps for almost 60 years. Only in 2000 was it released to the Wiener Library in London.  Analysis of its contents shows that of the 242 Right Club members listed, 13 were titled aristocrats and 12 were sitting MPs; there were also three members of European Royal Families and at least five senior Army officers. There is no evidence that any were ever arrested.

Nor was Ramsay the only British fascist planning to bring about a pro-Nazi revolt. Dr Leigh Francis Howell Wynne Sackville de Montmorency Vaughan-Henry was a celebrated composer, music critic and author; he appeared regularly on the BBC, had been director of music at the theatre institute in Florence and had conducted orchestral performances for the Royal Family. He barely gets a footnote in official histories but Henry had a police and MI5 record as a pro-Nazi Fascist and violent anti-Semite.  He was in regular contact with Nazi officials in Germany, had been entertained by Party leaders Berlin and had made at least one radio broadcast for propaganda chief Josef Goebbels.

His coup plot, penetrated in spring 1940, seems to have been the most militarily advanced. Undercover MI5 agents reported that his organisation was divided into 18 cells of 25 members each.  As German troops swept across Europe that May, the cell leaders were told that “Revolution is to take place after the total loss of the Channel ports and defeat on the Western Front, and an effort is to be made to link up with the enemy in Holland.”  Other plans involved “intimidation of certain people by threat, and possible action against their wives and children; bumping off certain people.”  He was also found to be in the process of obtaining thousands of rifles and ammunition.

Yet Henry was never charged with any crime. Instead, like Ramsay, he was interned throughout the war and then quietly released.  The same preferential treatment was given to the leader of the third coup plot.

John Beckett, a former Independent labour MP, turned fascist, drew up plans to replace the British Government with a Quisling-style “Coalition Government of National Security”.  The names of the ministers in this proposed puppet regime amounted to a roll-call of pro-Nazi British aristocrats and military leaders.  Other than Beckett and his closest aides, none were ever arrested, much less brought to trial.

What makes all of these conspiracies even more remarkable is their complete absence – as well as the seventy trials and convictions of fascist traitors - from the official accounts of Britain during World War Two. They form part of a secret history, one which was suppressed in the seven decades afterwards. The delay in de-classifying the official files that document these plots and crimes has never been explained, and the noticeably low-key nature of their release to the National Archives has ensured they largely escaped scrutiny.

I spent more than a year examining and analyzing thousands of individual documents in these files.  Together, they plainly show that throughout World War Two senior and influential figures in the British establishment not only supported Hitler but took active – and illegal – steps to hasten a German victory; and, further, that there is compelling evidence that they were protected from the consequences of their actions by reason of their privileged status in society.

Tim Tate is a multi award-winning documentary film-maker, investigative journalist and best-selling author. His latest book, Hitler’s Secret Army, reveals the previously secret history of scores of British fascists who spied, carried out sabotage and betrayed their country to Nazi Germany during World War Two.  It is published in the USA by Pegasus Books on July 2 2019.   A UK hardback edition, Hitler’s British Traitors, was published in the UK by Icon Books in September 2018, receiving positive reviews in The Times, The Observer andThe Daily Mail, as well as extensive coverage on radio and television. A paperback British edition will be released on July 4, 2019.