‘The people of Montana are no fools’: Liberian refugee taking on Trump-loving Senator Steve Daines 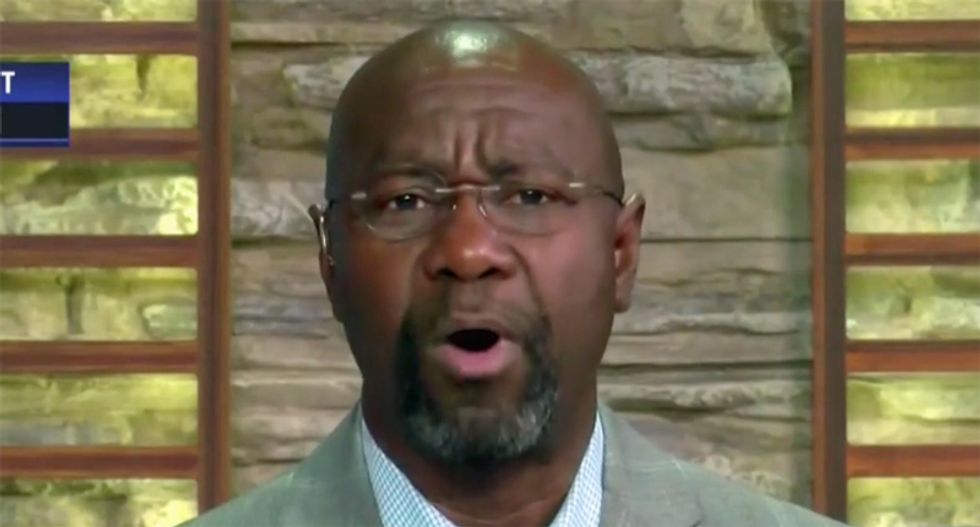 First-term Sen. Steve Daines (R-MT) was one of the few members of Congress to praise President Donald Trump's racist "go back" taunts that his supporters turned into a "send her back" chant against a black former refugee.

In response, the Billings Gazette chastised Daines in an editorial, saying, "Montanans are more sickened by the never-ending torrent of childish, bigoted views that are shoveled from the White House that make the country look like bigots and idiots. And we're nauseous when folks like Daines invoke our state in defending a spoiled New York developer who would get tongue-lashed by most Montanans for the way he takes to Twitter."

"Sen. Daines, please stop defending the indefensible. You don't represent Donald Trump, you represent us. If there's one thing Montanans hold dear, it's our right to think independently. We've always valued a diversity of opinions and people. Trump's views are decidedly against that," the editorial noted.

"To make matters worse, Daines' chief of staff decided to applaud his boss by commenting, 'America: Love It Or Leave It.' Well, we love America enough to question it. And we're not going anywhere," the state's largest newspaper explained. "Leaving something, as Daines' staffer suggests, is not Montanan. We don't quit just because something is difficult. Once again, Daines demonstrates how out-of-touch he is with true Montana values."

"Daines showed that he's more interested in being a sycophant rather than a senator," the paper concluded. "We think Daines should be careful about backing Trump too much. If Daines really believes that people should go back to where they came from, then that means Daines should start packing for California where he was born."

The editorial noted Daines is being challenged by Helena Mayor Wilmot Collins, a refugee from Liberia, who was interviewed by MSNBC's Lawrence O'Donnell on Monday.

"What’s different running the state of Montana as a Democrat than what other states are used to?" O'Donnell asked.

"Montana knows who has the interests at heart. I know Sen. Daines has the billionaires, the millionaires, and the corporate interests. But what we have here, we have the people with us," he said.

The host asked about Sen. Jon Tester (D-MT), who was elected to his third term in the Senate in November.

Prior to Daines' victory in 2014, Montana Democrats had held the seat for over 100 years.