The real problem wasn’t the racism — it was the Trump taking ‘the Lord’s name in vain’ twice: supporter 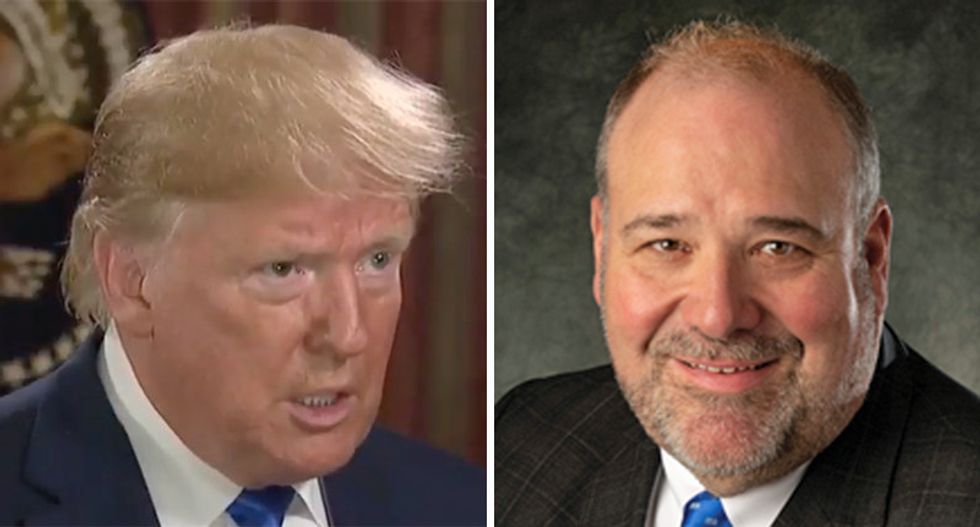 President Donald Trump was widely condemned after supporters at a campaign rally in West Virginia turned his racist "go back" message into a "Send Her Back" chant against one of a woman of color in Congress.

One Trump supporter in West Virginia also criticized the speech, but not for the racist targeting of Rep. Ilhan Omar.

State Senator Paul Hardesty, a Democrat, wrote to the White House to complain about Trump's use of the word "goddamn."

The letter was republished by the Montgomery-Herald.

"I will start by saying that I am a very conservative Democrat here in the southern West Virginia coalfields. I was a Trump supporter in 2016, and I continue to be a supporter today," the Democratic Party lawmaker wrote to the Republican president. "I have a real appreciation of your support for the coal industry, and I thank you for that."

"I am, however, appalled by the fact that you chose to use the Lord’s name in vain on two separate occasions when you went off the prompter during your speech," he wrote. "I know in my heart that you are better than that."

"During the rally Trump first used the phrase ‘goddamn’ in an anecdote he shared with the crowd about a former business rival, who has since told him he’s thriving under the Trump administration, according to the president," the Daily Mail explained. "The second use of the term came in reference to the currently terse relations between Iran and the US, where threatened the Middle-Eastern country with military conflict should their perceived provocation continue."

Hardesty was not the only one to take issue with Trump's use of the word.

A user on the conservative Free Republic message board warned the Almighty will punish Trump for his language.

"This is a warning to all who think God will 'overlook' the act of blaspheming His name," the user wrote. "He will not."

"I (sic) will not matter if you are a street sweeper or the leader of the greatest republic on earth...God will drop you like a stone," he warned.