There have been many end-of-the-world prophecies in the past -- so why is this new one somehow different? 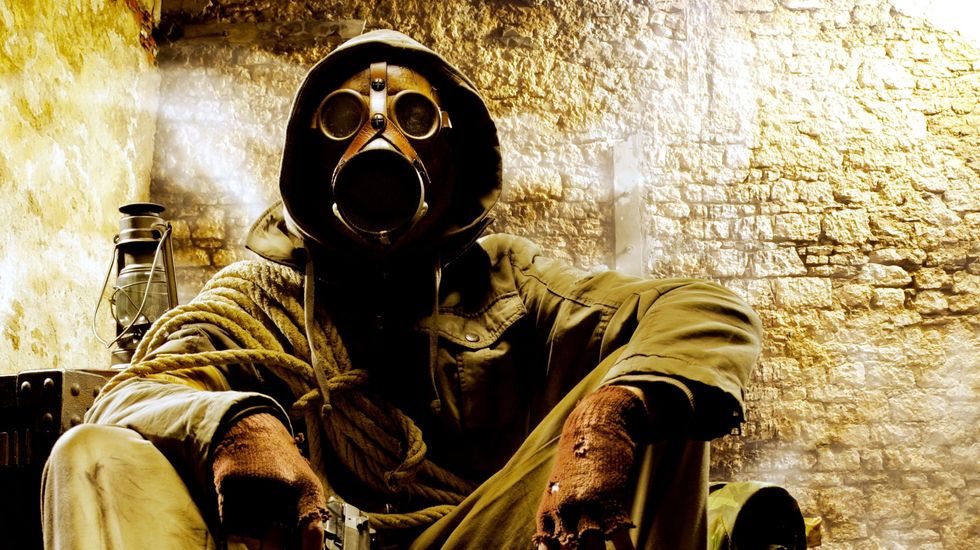 Last month I interviewed Jay Inslee, the Washington governor running for president who is positioning himself as the climate change–aware candidate. In the introduction for that piece, I wrote that the stakes for that issue are literally "apocalyptic" — meaning if global warming doesn't get addressed, the world as we know it will end.

But after publication, two of my acquaintances took umbrage with this statement. There have been many end-of-the-world prophecies in the past, they reasoned. Why is this one different?

I have to admit that they raised a valid point, discomforting as it may be to admit. There have been many occasions in human history in which vast swathes of civilization were convinced that the end of days was near. Considering that I'm writing this right now in 2019, obviously those doomsday predictions did not come to pass. Hence, if we are to argue that the crisis posed by man-made climate change is somehow different from all those other occasions, we need to ask ourselves: How?

"This is a case in point: what civilizations claimed the end of the world was happening?" Naomi Oreskes, professor of history of science and affiliated professor of earth and planetary sciences at Harvard University, told Salon by email. "In Europe, there is a long history of millenarianism, but that is associated with Christian theological belief, not science. In the U.S., there have been religious cults that anticipated the end of the world (or its equivalent) but again, these claims came from extremist or what scholars call “non-conforming” religious groups."

Oreskes did point out that there was a moment in history when the world "pretty much did come to an end" (for certain European societies, at least). That was in the 14th century, during the Black Death. She noted that, if European science had been more advanced then, the plague could have conceivably been predicted.

"For both the people who died, and for those who lived on in societies that were severely disrupted, it was the end of the world as they knew it. I think, in that way, the Black Death is an interesting analogy for us. I don’t believe humans will go extinct from anthropogenic climate change, but I do believe the disruption could be as severe as the Black Death," Oreskes told Salon.

"Now, scientists did not predict the Black Death," she added. "If they had, and if they had had a way to contain it, surely their civilizations would have been wise to pay heed?"

Michael E. Mann, distinguished professor of atmospheric science at Penn State University, told Salon that many of the people who compare the threat posed by climate change to other apocalypse predictions do so in bad faith "because it sounds plausible to the person on the street despite its falsehood." He then drew two more important comparisons to explain the seriousness of man-made climate change.

"The two best analogies (i.e. of global environmental problems) that we have faced in the past are acid rain and ozone depletion," Mann wrote to Salon. "In both cases, science recognized the problems early on, the damage they were doing was already detectable, but we acted in time to avert catastrophe. Global climate change is an even bigger problem because of the centrality of the burning of fossil fuels in modern societal infrastructure."

"That having been said, these past threats — acid rain and ozone depletion — provide an excellent model for our policy intervention can be used to avert catastrophe," he continued. "The implications are just the opposite of what the critics are claiming."

This is not to say that one should be cautious, rhetorically speaking, in using terms like "apocalypse" to describe the future. Kevin Trenberth, distinguished senior scientist in the Climate Analysis Section at the National Center for Atmospheric Research, warned against potential hyperbole in describing the impact of climate change.

"It is not right to say 'end of the world' because the world will go on with or without humans," Trenberth explained in an email to Salon. He continued:

Rather, it is an existential threat in the sense that civilization as we know it is seriously threatened. How this happens is a major issue: We can see signs from the Syrian war related refugees threats. As water and food supplies become chronically insufficient, does that mean some countries are fine and others are doomed, are there regional conflicts and then wider spread conflicts, is there any kind of international governance that can work? [...] Does ebola become a global threat? It seems to me to be highly unlikely to wipe out humans, or end the world, but more likely to result in widespread strife and maybe a major downsizing of the population. i.e. boom (recent) to bust. How is the bust manifested?

Peter Gleick, president emeritus of the Pacific Institute, was even more cautious, even scolding this reporter for potentially feeding into a "false narrative."

"I don't support the 'end of the world' narrative," Gleick wrote. "I don't believe there is any scientific assessment that does."

He added, "I also don't support the 'human extinction' sub-narrative. Indeed, I'd argue that climate deniers are far more likely to push the 'end of the world' narrative, misleadingly, in order precisely to be able to say 'See, the world didn't end, therefore climate change is a fake problem.'"

Gleick pointed to a recent Vice story about  a climate change "scenario report," which he called "misleading." "That Vice story completely misrepresented the report, but was seized on by climate deniers," Gleick said. He said that Rep. Alexandria Ocasio-Cortez's (D.-N.Y.) "comment about the end of the world in 12 years — made colloquially to raise concern about climate change — has similarly been seized on by climate deniers to prepare, in 12 years, to say 'See, the world didn't end. Those radicals are always exaggerating about environmental problems.'"

"I hope you aren't going to feed this false narrative," Gleick pleaded. "It detracts from the very real and massive disruptions (but not 'world ending' or 'human extinction causing') that climate change might cause if we don't accelerate efforts to address it. The truth is bad enough."

I do agree with Gleick, to a point — certainly it is important not to overstate matters, or to make concrete predictions that could be disproven and thereby harm the larger political case. At the same time, it is important to remember that, just as human fallibility is what got us into the mess of man-made climate change, so too will humans be fallible in attempting to fix the problem. Those who have made hyperbolic statements in the past should be more careful in their language going forward, but they should not be vilified so long as their intentions were intellectually honest. The stakes are too high for the people who want to prevent catastrophe to tear each other apart like the Judaean rebels in "Monty Python's Life of Brian."

Philosophically speaking, I think Jay Inslee's perspective on global warming might be the most sound. (Note: I do not intend to endorse Inslee for president, but merely cite him as a political leader who offered useful insight on how to approach the problem). When speaking to Salon last month, he warned that "we are facing the conclusion of a place to live that would be unrecognizable, and what year or decade that actually becomes the cliff is unknown, but it is out there and we are now facing very severe damage already today."

He added, "So I think one of the points I'd like to make is that yes, there is an apocalypse out there where things become unrecognizable to us. But this is about our injury today and that's one of the reasons that people are recognizing the necessity of action today."