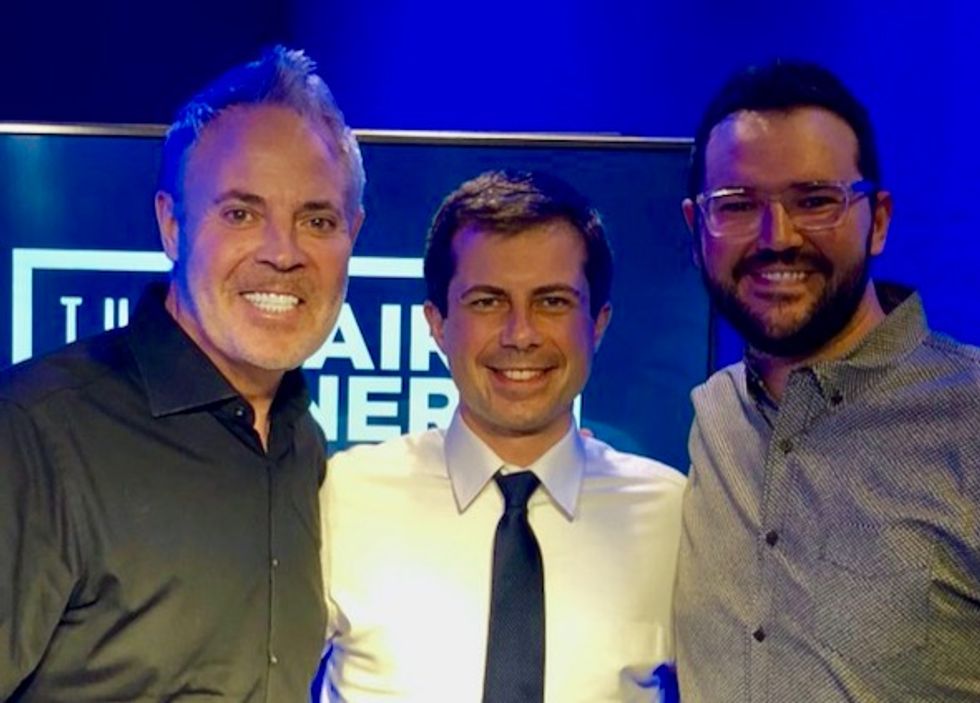 The third largest AM and FM broadcaster in America is blocking an interview one of its radio hosts conducted with Democratic presidential candidate Pete Buttigieg. Cumulus Media, a conservative broadcaster that owns and operates over 400 radio stations in 87 media markets across the country, told Blair Garner, host of The Blair Garner Radio Show, he could not air any part of his interview with Buttigieg. Garner said via Twitter, "My employer decided I couldn't air it."

Garner hosts his show on FM country music radio stations and is nationally syndicated across more than 150 stations. Cumulus blocked any station from airing the 20-minute interview, according to HuffPost.

“I’ve been told that the interview cannot air,” Garner also wrote in an email sent to affiliates. “I was very proud that a presidential candidate of any party valued our show to the degree that they would ask to be a guest.”

“It is not, in any way shape or form, my intention for our show to become political,” he also told affiliates, adding: “Just to be clear, I would have also enthusiastically welcomed the opportunity to have any candidate, including President Trump, as a guest. It was simply that Mayor Pete showed up, and made the ask.”

Garner says he was allowed to post the interview to his personal Soundcloud page.

My interview with @PeteButtigieg. The only candidate who asked to be on my show. My employer decided I couldn't a… https://t.co/GQcuWTfDlu
— Blair Garner (@Blair Garner) 1563565159.0

Cumulus Media told HuffPost the decision to block the interview from airing is “because of the large number of political candidates currently in this race.”

Country music newsletter publisher Kurt Bardella, a former Republican congressional spokesperson who became a Democrat after the GOP embraced accused child molester Roy Moore, called Cumulus' decision "an incredible act of cowardice for a company who’s slogan is ‘Where Every Voice Matters’ to censor an interview with someone who, for the first time ever, thought it was worthwhile to engage the country music audience in a conversation about the future of our country.”

Have to give it to @PeteButtigieg ... he’s the only #Democratic candidate running for President who would come to… https://t.co/TH8WEVIDNQ
— Kurt Bardella (@Kurt Bardella) 1563398540.0