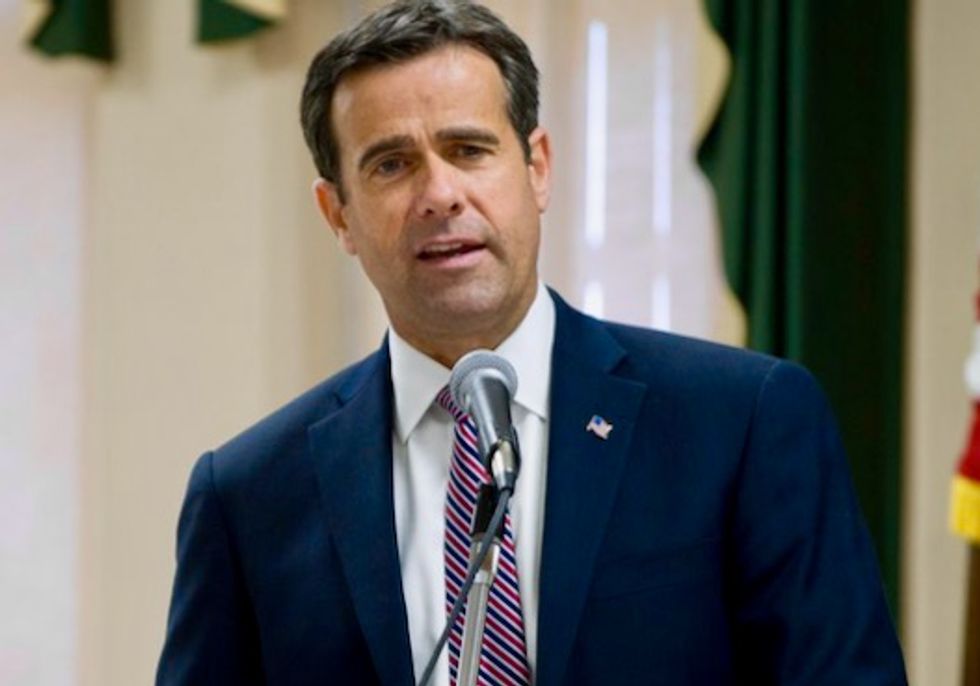 If there’s any way to get the Intelligence Community to stop investigating Russia’s attacks on the U.S. elections system, installing a Trump loyalist with almost no experience is likely one of the easiest.

President Donald Trump has wanted to fire his esteemed Director of National Intelligence (DNI), Dan Coats, since at least February. Reports Sunday afternoon say Coats will “step down” – possibly meaning he is being told to leave – and his replacement has already been chosen.

UPDATE: Deed is done. Coats has been ousted.

Experts and others knowledgable with intelligence operations are having a field day – or are just plain furious – with Trump’s reported choice to replace the venerated Director of National Intelligence.

The DNI is a Cabinet-level official who sits at the very top of the entire Intelligence Community, serving as the head of the 17 federal agencies that comprise it. They also serve as the President’s chief advisor on national security, and produce the top-secret President’s Daily Brief (PDB).

Federal law states quite clearly, “Any individual nominated for appointment as Director of National Intelligence shall have extensive national security expertise.”

President Trump’s current Director of National Intelligence, Dan Coats, is a former Congressman and a former Senator who served on the Senate Intelligence Committee. He also served as the U.S. Ambassador to Germany, and was rumored to have been on President George W. Bush’s short list to become Secretary of Defense. He also served as a Staff sergeant in the U.S. Army.

President Donald Trump’s pick to become Director of National Intelligence auditioned for the job during this past week’s congressional hearings featuring the testimony of former special counsel Robert Mueller.

Republican Congressman John Ratcliffe of Texas, ranked the second-most conservative lawmaker in Congress, is only a three-term legislator. He was the U.S. Attorney of the Eastern District of Texas from 2007 to 2008, and an Acting U.S. Attorney focused on prosecuting terrorism and immigration cases. Apparently, before and during part of that time he was also the mayor of a small Texas town, population 6,921.

If there’s one way to get the nation’s Intelligence Community to stop investigating Russia’s five-plus years of attacks on the U.S. elections system, installing a Trump loyalist with almost no experience is likely one of the easiest ways.

That President Trump thinks Rep. Ratcliffe has “extensive national security expertise” is already making both a laughing stock on social media – while others fear for the nation’s security and safety:

John Ratcliffe, by one measure the second most conservative member of Congress, appears to believe that the Russia… https://t.co/mHq9wKXikT
— Ken Dilanian (@Ken Dilanian)1564345478.0

To be clear, Trump is pushing out Dan Coates as DNI because he was actually dealing with Russian interference in ou… https://t.co/38FZ8xfPgW
— Amee Vanderpool (@Amee Vanderpool)1564343092.0

Ratcliffe’s disingenuous attack on Mueller wasn’t just an exercise in disinformation; it was an audition for DNI. U… https://t.co/0BeHdSyS6D
— Ned Price (@Ned Price)1564340085.0

🚨 UPDATE —> looks like Rep Ratcliffe’s rantings at the #MuellerHearing were his interview for Trump’s Director of N… https://t.co/Wiyen8qkPV
— Christine Pelosi (@Christine Pelosi)1564336781.0